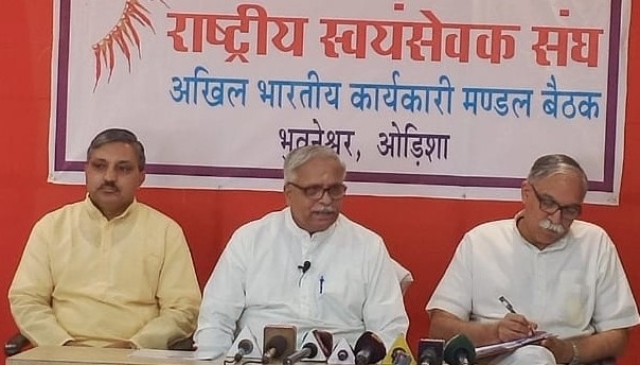 The Rashtriya Swayamsevak Sangh (RSS) has congratulated Prime Minister Narendra Modi and Home Minister Amit Shah for the passage of Citizenship (Amendment) Bill in Parliament, terming it as "courageous step".

RSS general secretary Bhaiyyaji Joshi on Thursday (12 December) said, " The RSS has always believed that a Hindu who comes to India due to persecution in another country cannot be termed as an intruder, but a refugee, and there is a need to give them a respectable life."

Lauding the government, Joshi said that the CAB is a very good step and the minority communities in Pakistan, Afghanistan and Bangladesh will get respectable place in India.

The bill, which was passed by the Parliament on Wednesday (11 December), seeks to provide Indian citizenship to non-Muslim refugees from Pakistan, Afghanistan and Bangladesh.