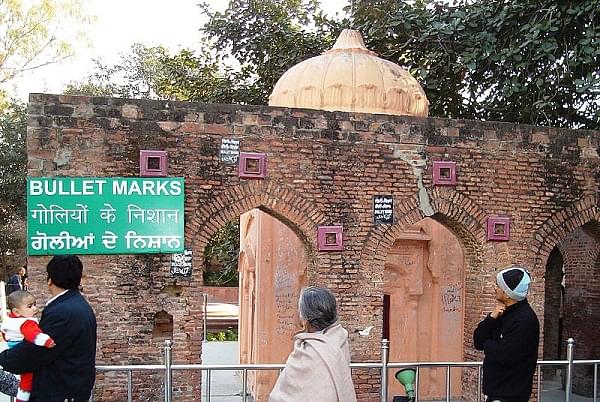 Visitors at the Jallianwala Bagh Memorial. (Vinoo202 via Wikipedia)

Ahead of the upcoming centenary of the Jallianwala Bagh massacare, the government of British Prime Minister Theresa May is expected to maintain its position of expressing ‘deep regret’ over the bloody incident that ocurred on 13 April 1919, reports Hindustan Times. The British government is seen to be becoming more open to the idea of conveying a full apology, for which calls have been growing in recent times.

A number of British organisations will mark the occasion with special features and documentaries, and a debate on the subject has been secured in the Westminster Hall today (9 April) by Conservative parliamentarian Bob Blackman.

The government had previously stated during a debate in the House of Lords that is has been reflecting upon the calls for a full apology.

“The government rightly condemned the (Amritsar) incident at the time: Secretary of State for War Winston Churchill called it 'a monstrous event… which stands in singular and sinister isolation,” stated a spokesperson for the foreign office.

In 1997, Queen Elizabeth had visited the Jallianwala Bagh memorial and expressed her deep regret for the incident, while former prime minister David Cameron had called it a ‘deeply shameful event’ during his visit to the site.

The Jallianwala Bagh massacare was a mass killing of civilians in Amritsar by soldiers of the British Indian Army. The blame for the bloody incident is primarily attributed to Colonel Reginald Dyer, who ordered his troops to fire into the crowd.