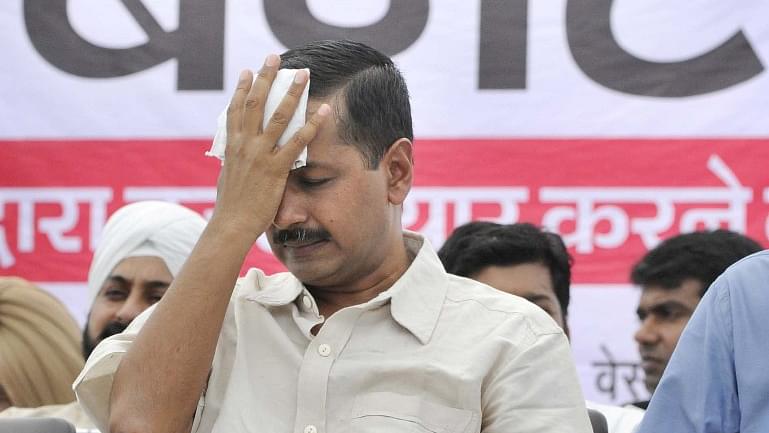 Disappointment was in store for Delhi’s bureaucracy, as the government announced that Chief Minister Arvind Kejriwal was proceeding on leave for 10 days, for naturopathy treatment for diabetes, reports Hindustan Times.

Work was to resume after a 4-month boycott by bureaucrats, after an attack on Chief Secretary, Anshu Prakash by ruling Aam Aadmi Party legislators on 19 February.

On 11 June, this boycott triggered an unprecedented nine-day sit-in protest at the Lieutenant Governor Anil Baijal’s office, where the Chief Minister, along with his deputy, Manish Sisodia, Labour Minister, Gopal Rai and public works department Minister, Satyendar Jain went to press the LG to intervene and get the bureaucrats to call off the boycott.

The impasse ended this week after Kejriwal made fresh appeals to the officials. The bureaucrats asked him for a meeting to complete the rapprochement.

The LG’s office had also, on Tuesday, welcomed the Chief Minister’s appeal to civil servants but also asked him to “urgently” hold a meeting with them at the Secretariat.

On Wednesday, Kejriwal did not come to office as he suffered from fever and high blood sugar, which Deputy Chief Minister Manish Sisodia said was a consequence of the sit-in at the visitors’ room of the L-G’s office.

“The meeting with the CM was the condition on which the impasse ended. It should have been held today. We understand that his health might not be in good condition, but at least giving us the date and time would have served the purpose,” a bureaucrat said on condition of anonymity.

When asked about the issue, Sisodia did not give a clear answer, saying only that the meeting “will be held”.

“Uncertainty looms over our meeting with the Chief Minister as he will be gone for 10 days,” said the association of AGMUT (Arunachal Pradesh-Goa-Mizoram-Union Territories) – cadre IAS officers. “We have heard that he is unwell, which is understandable. But, some clarity on when the meeting will be held would make officers feel they are cared for by the CM and ministers. Otherwise, the assurance given by him sounds hollow with him gone,” it added.

Meanwhile, ministers and civil servants of the Delhi government held at least 20 meetings in different groups at the Secretariat on Wednesday as the national capital’s administration resumed functioning as usual after the four-month stand-off.

Kejriwal’s decision to go on leave was criticized by the Bharatiya Janata Party MLA, Vijender Gupta, who alleged that the Chief Minister ended his “dharna” only to proceed for “another holiday” from work.

He added that Delhiites were expecting their Chief Minister to get down to the business of solving their burning problems. But, instead of compensating for the lost time, he had gone on leave.