As Himachal Pradesh, Uttarakhand Get Wrapped In Blanket Of Snow, Tourists Flock To Hill Stations Like Shimla, Manali 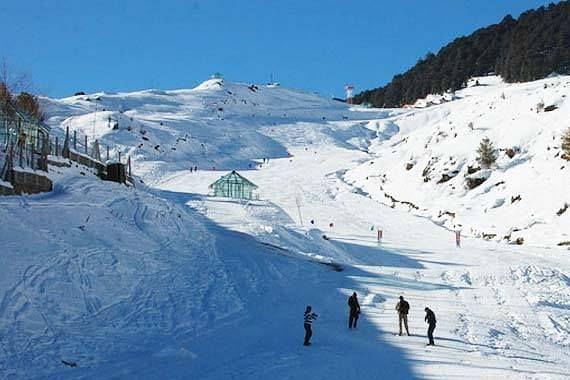 The hill states of Uttarakhand and Himachal have received heavy snowfall over the weekend. Hill stations in Himachal Pradesh, like Shimla, Manali and Dharamshala witnessed heavy rain and snowfall on Sunday (6 January) while Kedarnath in Uttarakhand was covered in a blanket of snow, NDTV has reported.

Weather officials said that Himachal Pradesh could receive more rain and snow till Wednesday (9 January). "Shimla and its nearby areas have been experiencing heavy snowfall and this was the season's highest in Shimla town," an official of the meteorological department was quoted in the report as saying.

According to the report, Shimla, due to the cold winds, recorded a minimum temperature of 1.7 degree celsius while maximum stayed at 3.7 degree celsius. Lower regions like Palampur, Solan, Nahan, Bilaspur and Mandi received intermittent rainfall.

Kalpa, which is located at around 250 km distance from Shimla, witnessed 13 cm of snow, the highest snowfall in the state, with a minimum temperature of minus 3.8 degree celsius.

As per the report, tourists destinations like Shimla and Manali saw a surge of the tourists for the second day.

Areas around tourist destinations like Naintal, Mussoorie were also covered with snow. Auli, the ski destination of the state, also saw snowfall.

According to the report, as the news of snowfall in Dhanaulti and Surkunda broke out, tourists started rushing towards these hill destinations.