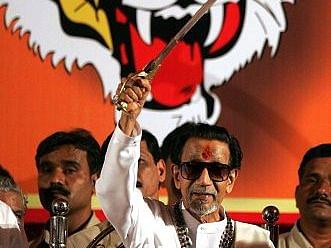 Citing ideological differences, Shiv Sena leader and member of its IT Cell Ramesh Solanki quit the party with which he was associated for 21 years, albeit on an amicable note, late on Tuesday (26 November).

In a detailed social media post, he said that though the Sena made a political decision to ally with Congress-Nationalist Congress Party (NCP) to form the government in Maharashtra, his conscience and ideology no longer permitted him to work with Congress.

"I can't work half-heartedly and it won't be fair to my post, my party, my fellow Shiv Sainiks and my leaders," said Solanki, the first Sena leader to leave the party after its alliance with the Congress.

In a veiled attack on Congress, he also wrote, "Jo mere Shri Ram ka nahin hai, Woh mere kisi kaam ka nahin hai" (who doesn't belong to my Shri Ram, he is of no use to me).

Recalling his long stint in the party, Solanki said it was in 1992 when the fearless leadership and charisma of the late Sena founder Balasaheb Thackery impressed him and at the tender age of 12, prompted him to make up his mind to work for the Sena, which he joined officially in 1998.

"Since then, I have been working in various posts and capacities, following the Hindutva ideology of Balasaheb, have seen many ups and down, worked in many elections with only one dream and aim 'Hindu Rashtra' and 'Congress Mukt Bharat', without demanding any post, position, ticket, etc, but followed my party's order to the hilt," said Solanki.

Under the changed circumstances, he heartily congratulated the party for giving Maharashtra a Sena CM (Uddhav Thackeray), and also thanked Aditya Thackeray and the CM-designate for the opportunity they gave him to serve the people of the city, state, and country.

In recent months, he had shot to limelight for taking up cudgels against social media networks like Tik Tok and Netflix India for their allegedly objectionable content, demanding they should get a censor clearance.