As Trump Recognises Venezuelan Opposition Leader as ‘Interim President’, Maduro Severs Diplomatic Ties With The US 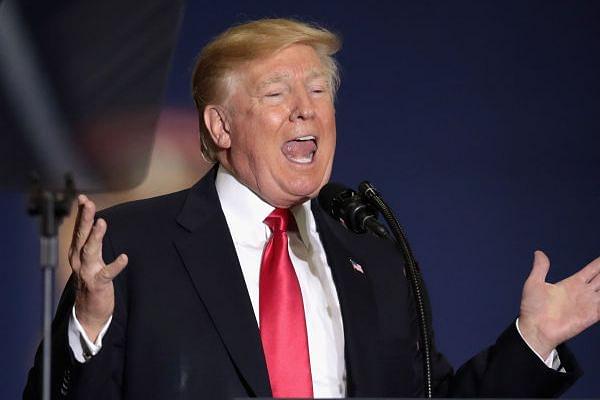 Donald Trump is in for tough times. (Scott Olson/Getty Images)

Gaido. the president of the Venezuelan National Assembly is a trenchant critic of the Maduro government.

In a statement released by White House, Trump Said:

Today, I am officially recognizing the President of the Venezuelan National Assembly, Juan Guaido, as the Interim President of Venezuela.  In its role as the only legitimate branch of government duly elected by the Venezuelan people, the National Assembly invoked the country’s constitution to declare Nicolas Maduro illegitimate, and the office of the presidency therefore vacant. The people of Venezuela have courageously spoken out against Maduro and his regime and demanded freedom and the rule of law.

I will continue to use the full weight of United States economic and diplomatic power to press for the restoration of Venezuelan democracy. We encourage other Western Hemisphere governments to recognize National Assembly President Guaido as the Interim President of Venezuela, and we will work constructively with them in support of his efforts to restore constitutional legitimacy. We continue to hold the illegitimate Maduro regime directly responsible for any threats it may pose to the safety of the Venezuelan people. As Interim President Guaido noted yesterday: “Violence is the usurper’s weapon; we only have one clear action: to remain united and firm for a democratic and free Venezuela.”

Trump’s announcement came after Gaido swore himself in as the country’s President on Wednesday (23 January) after the National Assembly invoked the Venezuelan Constitution to declare Maduro’s recent reelection as illegitimate and the post of Presidency vacant.

Gaido claims that Maduro isn’t the rightful president of the South American nation, and that the presidential election in May 2018 was massively rigged to ensure Maduro wins a second six-year term. Gaido’s position has the support of US.

A large number of Venezuelans took to the streets of Caracas on Wednesday (23 January) to express solidarity with Gaido and protest against Maduro’s consolidation of power and assault on democracy.

Gaido has emerged as the fulcrum of the Maduro opposition in the wake of the Maduro’s reelection earlier this month. Gaido has promised to conduct new election once Maduro is ousted.

Gaido and opposition leaders are hoping that mass defection of military leaders in wake of the major protests will precipitate the crisis and result in fresh elections.

In a retaliatory move, Maduro announced that Venezuela is officially breaking off its diplomatic ties between the US and his country. American diplomats have been served a 72-hour ultimatum to leave Venezuela.