As Uma Bharti Bids To Broker Peace Between Karnataka-Tamil Nadu, Here Are Four Long-Term Ideas To Solve The Crisis 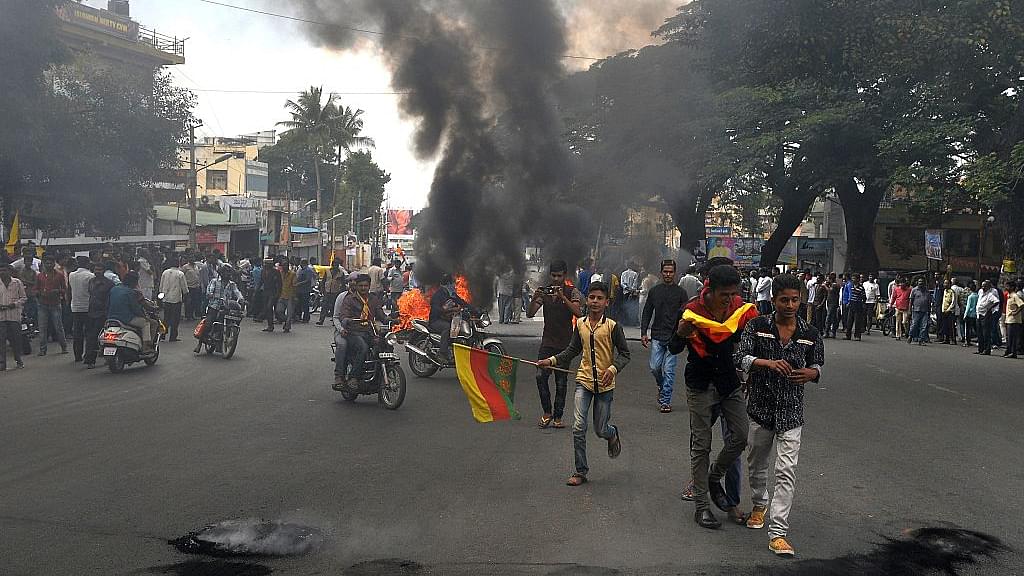 Protesters burn tyres as they blockade traffic on a major connecting road during a statewide strike in Bangalore over the Cauvery water issue. Photo credit: MANJUNATH KIRAN/AFP/GettyImages

Union Water Resources Minister Uma Bharti has organised a meeting between Karnataka and Tamil Nadu ministers today (Thursday) to find a political solution to the "impasse" over Cauvery water dispute. This is in line with the Supreme Court order, which had asked the Centre to intervene. While Karnataka Chief Minister Siddaramaiah is expected to attend, Tamil Nadu Chief Minister J Jayalalithaa may depute a cabinet minister to attend the meeting as she has been unwell.

The truth is that the Cauvery dispute cannot be resolved by mobs or even politicians who are too scared to lead, and whose time horizon is limited to the next election. Nor can it be solved only through the legal route, for demographics and usage patterns can change over generations. Several attempts, through tribunals, fact-finding committees and political accords, have been tried but the Cauvery problem refuses to go away — especially when monsoons fail in the upper reaches of the Cauvery in Karnataka. As is the case today.

Karnataka has a case for more water and Tamil Nadu has a stronger legal claim to the water; the solution can be found only when the legalities are set aside and the focus shifts from sharing shortage by creating adequate water supplies for both states. Creating adequate water to meet the genuine needs of both states involves tackling both the demand and supply sides simultaneously.

Here are four ideas to tackle the demand side that Uma Bharti must start talking about:

One, more water should be made available to either state only if there is a commitment to reduce per hectare usage over time. Technology and farming techniques are the key factors here.

Two, both states have to commit to taking all measures to prevent water wastage, whether through evaporation or seepage in leaky canals. Or, plain stealing.

Three, water usage has to be charged — even if this charge is recovered from state budgets rather than users.

Four, a shift in cropping patterns away from high water using crops to others also has to be a part of the initiative.

Admittedly, these are long-term solutions and will not resolve the current crisis. Nor are these solutions likely to find many takers today, but nevertheless someone has to start talking about these things.
(This piece draws heavily from an earlier article published here)