As Ummah Erupts In Protests Over Mohammed Cartoons, France Issues Safety Instruction To Its Citizens In Muslim Countries 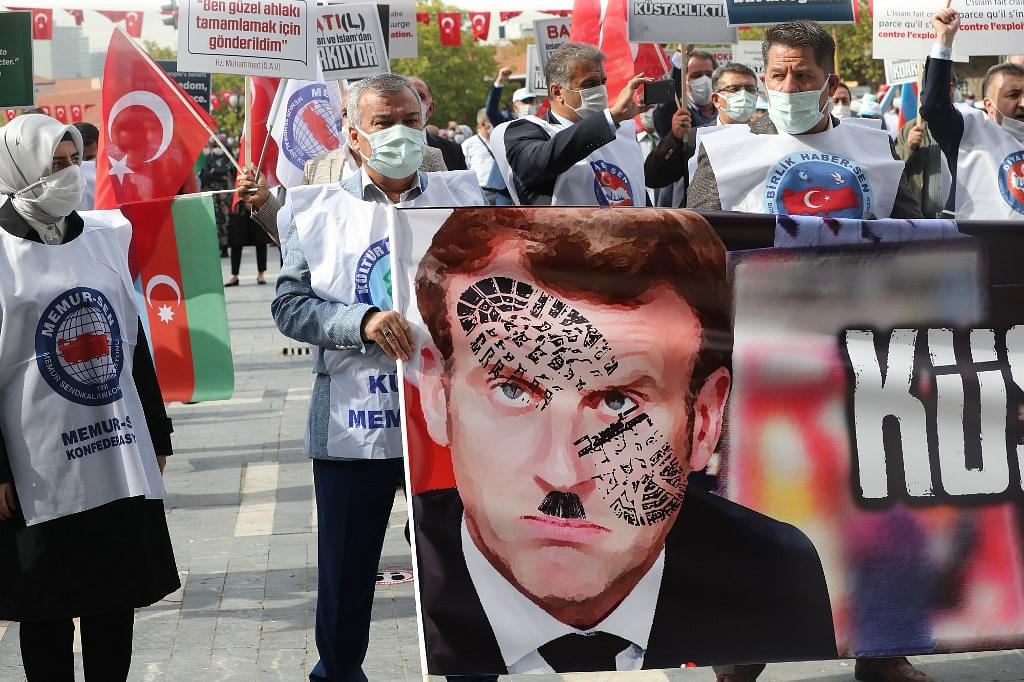 France has urged its citizens living in or traveling to Islamic countries to exercise caution and take additional safety measures due to mass protests over the caricature of Muhammad, Reuters reported.

The French Ministry for Europe and Foreign Affairs has issued a safety instruction for citizens of France in Indonesia, Bangladesh, Iraq and Mauritania, advising them to take precaution and to stay away from any demonstration devoted to caricatures and avoid attending public gatherings.

“It is recommended to exercise the greatest vigilance, especially while travelling, and in places that are frequented by tourists or expatriate communities,” it said.

Protests have erupted in several Muslim nations after French President Emmanuel Macron condemned the gruesome beheading of a French history teacher who showed cartoons of Mohammed in class. Muslims view any depiction of Mohammed as blasphemous. But since the beheading, the cartoons have been displayed by French Citizens in solidarity with the murdered teacher, angering some Muslims.

Turkish President Tayyip Erdogan has led the Muslim world in calling for boycott of French goods and accused France of pursuing an anti-Islam agenda. In a televised speech, he said Muslims were now "subjected to a lynch campaign similar to that against Jews in Europe before World War II". He said "European leaders should tell the French president to stop his hate campaign".

In Bangladesh, thousands of protesters marched through the capital city of Dhaka, with some stamping on a poster of French President Emmanuel Macron. Police estimated that about 40,000 people took part in the march, which was organised by Islami Andolan Bangladesh, one of Bangladesh's largest Islamist parties.