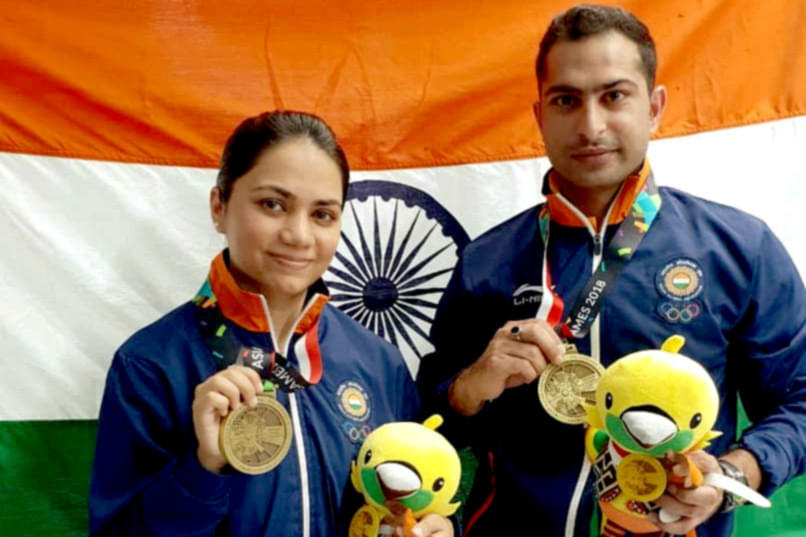 On day one of the Asian Games, shooting brought the first medal for India as the mixed team of Apurvi Chandela and Ravi Kumar bagged a bronze in the 10 meter Air Rifle event, the Times of India has reported.

Women's Hockey team will play the hosts — Indonesia — in the evening.

Represented by 804 athletes and officials, the Indian contingent is expected to perform better than the previous Asiad in Incheon, South Korea, where they finished eighth with 11 gold, 10 silver and 36 bronze medals.