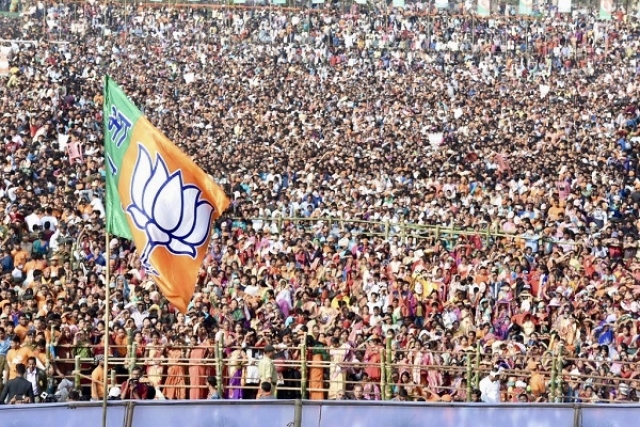 The BJP is projected to get a landslide victory in Haryana and a big majority in alliance with the Shiv Sena in Maharashtra in the 21 October Assembly elections, according to IANS-CVoter pre-poll survey.

According to the survey, the BJP-led NDA is expected to get 182-206 seats in the 288-member Maharashtra Assembly, leaving the Congress-led UPA much behind with 72-98 seats.

In Haryana, the BJP is expected to bag 79-87 seats in the 90-member Assembly, while the Congress is projected to get only between 1 and 7.

Region wise, the BJP is expected to get 25 seats from Ahirwal, 16 from Bagar, 16 from Jatland and 26 from Kurukshetra, according to the pre-poll survey.

The Congress is expected to bag 2 seats from Ahirwal and just one from Jatland.

The results of the upcoming Assembly elections will be announced on 24 October.

The survey was conducted from 16 September to 16 October.