At 4.1 Per Cent, United States Economy Shows Fastest Growth Since 2014 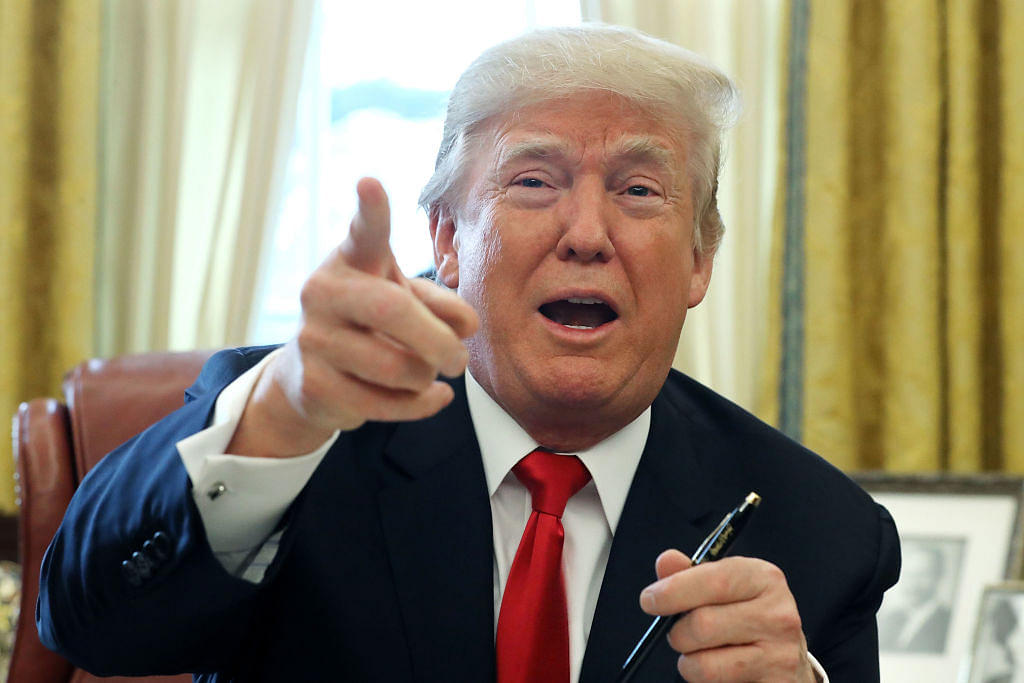 US President Donald Trump at his Oval Office in Washington. (Chip Somodevilla/Getty Images)

The United States economy grew at 4.1 per cent during the second quarter of this fiscal – the highest in nearly four years – powered by exports, consumer spending and business investments, said the United States Department of Commerce on Friday (27 July). The growth rate for the previous quarter was a paltry 2.2 per cent.

Some of the growth came due to an increase in exports, a phenomenon that economists have cautioned to be an ad-hoc one in the wake of the on going tariff war with China. The growth numbers indicate that the Federal Reserve might keep increasing short-term interest rates gradually.

United States President Donald Trump took the opportunity to put out a video about the state of the economy.

I am thrilled to announce that in the second quarter of this year, the U.S. Economy grew at the amazing rate of 4.1%! pic.twitter.com/xeAPwAAOXN

Consumer spending increased by 4 per cent – attributed to recent tax cuts, low unemployment and relatively steady job growth. However, the average rate of personal savings among Americans dropped from 7.2 per cent in the last quarter to 6.8 per cent this time.

A bulk of the economic performance was due to trade, with net exports adding 1.06 percentage point to the overall growth rate. This was reflected in a huge export growth for soybean with many ships racing against time to reach China before the sanctions were in place earlier this month.