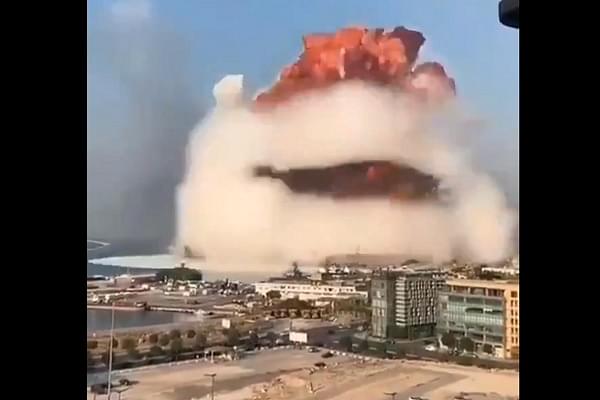 Over 70 people have been killed and more than 3,000 wounded in a huge explosion that rocked Lebanese capital Beirut.

The confirmed death toll stood at 73 at 2:00 am local time but with more than 3,000 wounded and hospitals struggling to cope, a much higher final count seemed inevitable, reports Yahoo News.

Lebanese Prime Minister Hassan Diab has urged his country’s allies to help Lebanon overcome the repercussions of the disastrous explosions.

Meanwhile, Diab declared Wednesday (5 August) a national mourning day for the victims of the explosions.

Lebanese President Michel Aoun called for an emergency meeting of the Higher Defence Council to discuss the reasons and repercussions of the explosions.

The causes of the blasts remained unknown, but Lebanese Interior Minister Mohammad Fahmi said that the explosive chemicals stored at Port of Beirut may have caused the explosions.

“Customs’ authorities must be asked about the reasons behind storing such chemical materials at Port of Beirut,” Fahmi said.

Many countries in the region expressed solidarity and sympathy with Lebanon over the explosions that have dealt a further blow to the country already plagued by the Covid-19 pandemic and an economic crisis.