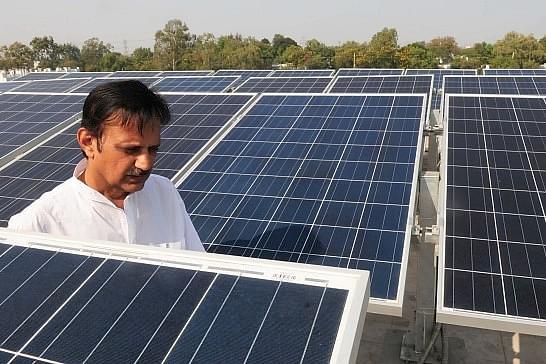 An ongoing tender for solar rooftop power has seen tariffs plunge to record lows with the Power Grid Corporation in Madhya Pradesh expected to purchase power at Rs 1.58 a kilowatt per hour (unit). Tariffs for solar power purchase by other Central Government offices have also seen a steep fall with Rs 1.67 being quoted by a New Delhi based company AMPSOLAR India.

It should be noted that these projects would receive subsidies from both the Union Ministry of New & Renewable Energy and the Madhya Pradesh government with the former affording 25 per cent subsidy and the latter contributing 20 per cent.

The Madhya Pradesh government has claimed that the success of the present round of bidding is due to the various government interventions in the policy and contractual space which enabled private power producers to bid aggressively. The solar power sector has faced numerous issues ranging from high upfront costs to a lack of suitable framework encouraging investment in this space.

The Madhya Pradesh model affords consumers an opportunity to buy solar power without incurring any investment upfront and pay for the electricity as generated by the operator who also undertakes to perform the tasks of design, installation and maintenance of the power assets.