Atal At The ‘Peak’ Of Fame: Uttarakhand Names Four Mountains After Former PM As A Tribute For His Love Of Nature 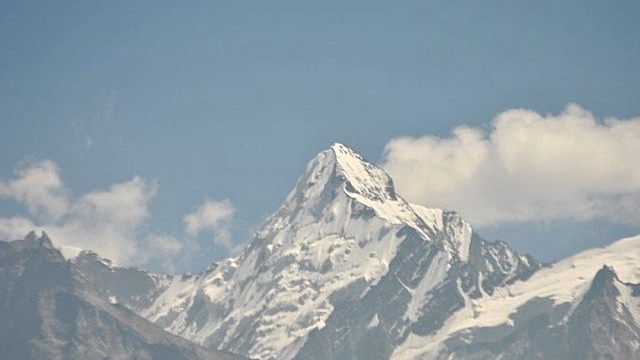 The four newly discovered Himalayan peaks near the Gangotri glacier have been named after former prime minister Atal Bihari Vajpayee. The four peaks will be known as Atal 1, Atal 2, Atal 3 and Atal 4, India Today has reported.

Colonel Amit Bisht, principal of Nehru Institute of Mountaineering (NIM), Uttarkashi, led a team that scaled the peaks on Saturday (20 October). Bisht told IT that the peaks are located at 6,577 m, 6,566 m, 6,160 m and 6,100 m on the right side of the Gangotri glacier.

The team of Colonel Bisht hoisted national tricolour on each of the peaks after which they returned back.

Bisht said that the peaks are located near Sudarshan and Saifi peaks in the Raktvan valley and has been named Atal-1, 2, 3 and 4.

Tourism Minister of Uttarakhand Satpal Maharaj had earlier said that an unexplored peak in the Himalayan range in Uttarakhand will be named after the former prime minister and founder of Bharatiya Janata Party Atal Bihari Vajpayee.

The idea behind this move was to honour the love Atal ji had for nature and the mountains, he said.