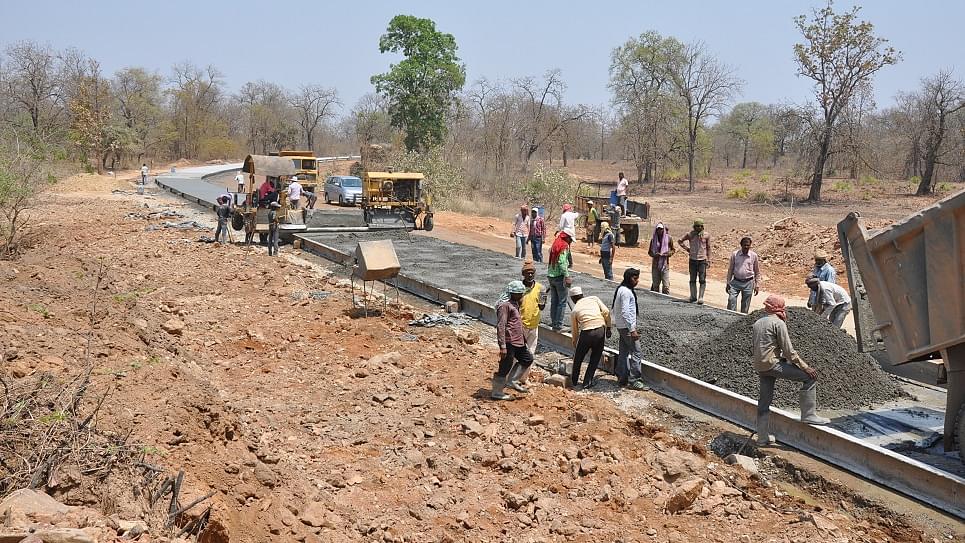 The Injeram-Bhejji road under construction. It was while patrolling along this road that 25 CRPF men were killed in an ambush by Maoists.

Writing in the Economic Times, Pranab Dhal Samanta has provided a good overview of the reasons as to why we’re seeing an increase in Maoist attacks against government forces in Chattisgarh.

The crux of the issue seems to be the fact that the government has been able to initiate and sustain the pace of construction of six main roads cutting through the Maoist stronghold area of Jagargunda. Samanta calls this area the ‘epicenter of Naxal prowess’.

In the most recent instance of Maoist violence the target, according to Samanta, appears to be a road connecting Jagargunda to Dornpal on a National Highway. Given that 70 per cent of the earthworks have been completed on the road and only concrete work remaining the Maoists appeared to have had no option but to force the issue.

Completing all the planned roadworks would provide the government forces easy access to the Maoist heartland. Further, according to Samanta, armed forces in the area have largely stuck to guarding construction workers and sites rather than venturing into the forests where Maoists find shelter.

With the recent attacks, the government now has to take a call as to whether they want to continue with the current tactics of guarding the roads and road works or to venture deep into Maoist territory.

The latter would risk more causalities and there is no guarantee of success. Continuing with the current tactics – given the recent attacks, also has risks of providing easy targets for Maoists. Either way this seems to be a time for major decisions for both Maoists and the government.