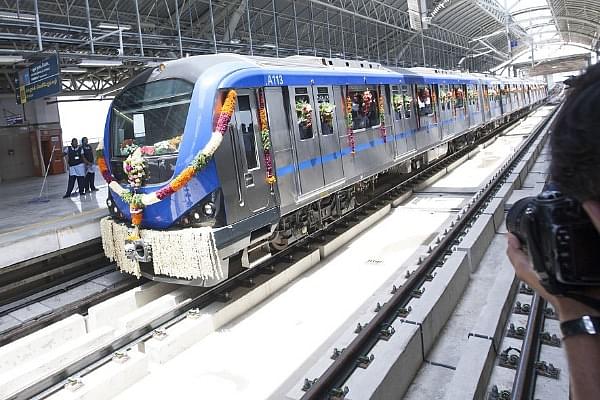 The latest update on the CMRL (Chennai Metro Rail Limited) app has some good news for commuters. You will no longer have to wait at the metro station from now, since real-time information about the arrival, delay and departure of trains will be given in the app.

The app also has features to recharge the smart card, raise complaints with the authorities, reported Metro Rail News. The distance covered, cost of journey, names of different stations are available on the app, and CMRL has provided information regarding the daily train schedule prior to launching real-time information. Fluctuations in timings of trains was upsetting to many commuters as they were there early or missed the train. This has been mitigated by the recent update.

The app was released in 2017 May. The long queues to recharge cards at the metro station can be avoided with the latest update. Among other features of the app is the travel planner that helps the commuter through various stations along the route. It provides information about various feeder services that may include public buses, cabs, share autos that ply near metro stations.

Chennai MRTS is coming up with another app for commuters who use suburban trains.