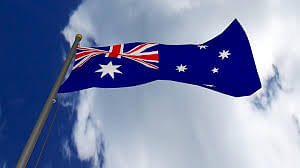 “The new code will ensure that news media businesses are fairly remunerated for the content they generate," Australian Treasurer Josh Frydenberg said in a statement.

Australian Government has been engaged in parleys with technology behemoths like Facebook and Google to legally make them pay local news outlets for using their content. For the same, the nation has pioneered a legislative code titled News Media and Digital Platforms Mandatory Bargaining Code Bill 2020.

Earlier in January, Google threatened to disable its search function if the government proceeds with the code.

Mel Silva, managing director of Google for Australia and New Zealand had told an Australian senate committee that the arbitration model of the proposed code poses unmanageable financial and operational risk for Google.

However the tech giants have fallen in line as Australian government adopted a rough stance. While Google plans to enter into partnerships with media organizations in Australia like Seven and Rupert Murdoch's News Corp (NWS), Facebook is still forcefully defending its opposition.

"The events in Australia show the danger of camouflaging a bid for cash subsidies behind distortions about how the internet works," Nick Clegg, the company's vice president of global affairs, wrote in a blog post.

It is noteworthy that during his latest conversation with Prime Minister (PM) Narendra Modi, Australian PM Scott Morrison took up a discussion on the nation's latest media policy against technology giants and proposed a partnership with India on the subject.