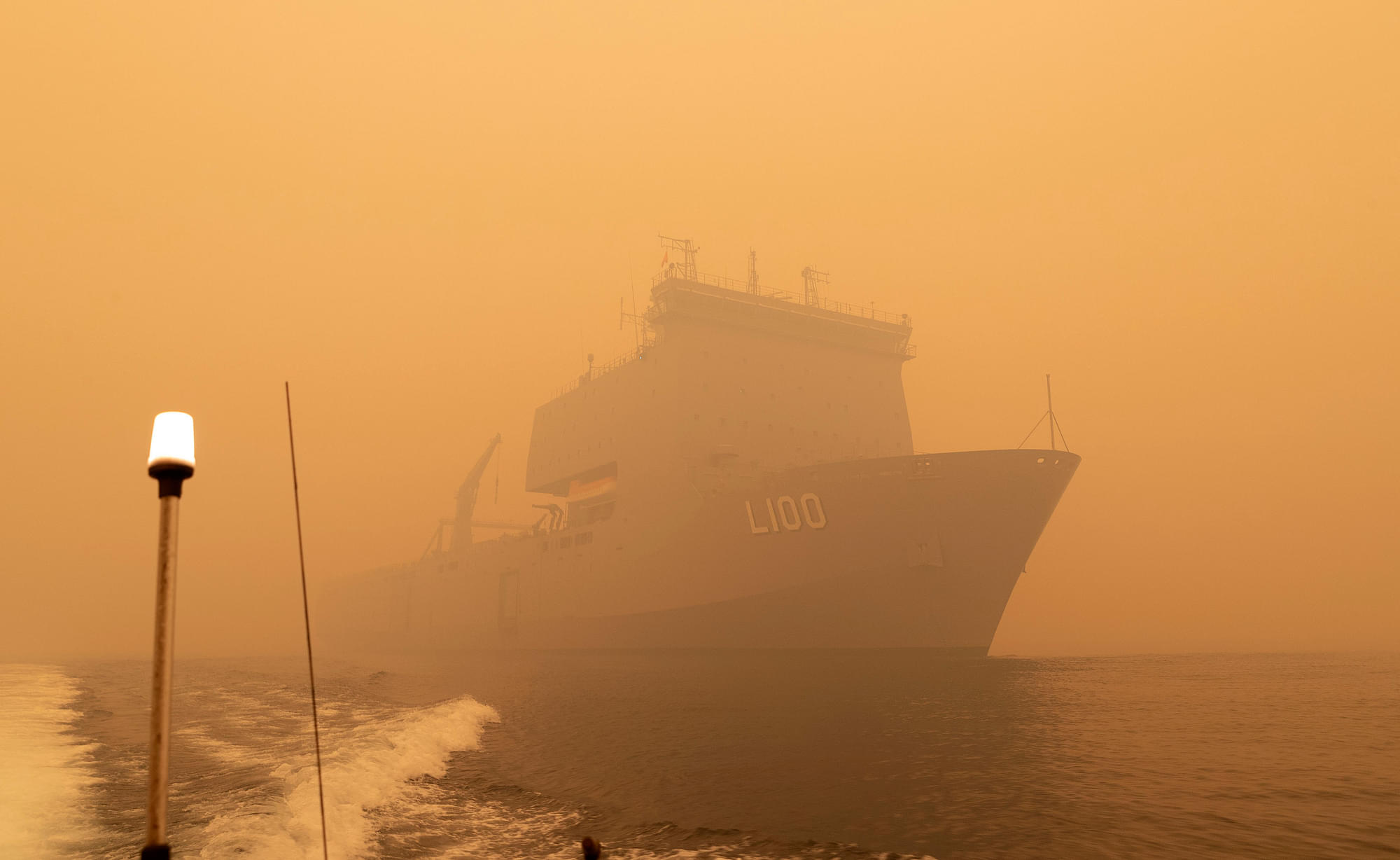 The Australian Navy on Friday evacuated around 1,000 tourists and residents who were trapped in the bushfire-ravaged town of Mallacoota on the coast of Victoria state.

The evacuation on Friday came after some 4,000 residents and tourists fled to the beach on Monday night, when racing bushfires encircled the town, reports the BBC.

The evacuation operation at #Mallacoota has begun with the first group of people being transferred into Choules and MV Sycamore for relocation to Western Port, Victoria. #AustralianNavy #OurCommunity #OpBushfireAssist #AustraliaFires pic.twitter.com/WUmqmwKjNn

The evacuees will be taken to Western Port, the Navy said - around 16 hours' voyage down the coast.

With roads cut off, the military evacuated around 60 people by helicopter on Thursday. The air has so far been too smoky for further air evacuations.

The evacuation was voluntary. By Thursday night, 963 had signed up for the boats, with a few more doing so on Friday morning, Commander Scott Houlihan said.

The larger ship, HMAS Choules, has a "few hundred beds". Further trips are possible, depending on demand.

The evacuees were allowed to take their pets on the ship.

Victoria's Premier Daniel Andrews declared a state of disaster for six areas and resorts, including Mallacoota.

High temperatures and strong winds are forecast for the weekend, leading to what officials call "widespread extreme fire danger".

In other parts of Victoria, people were urged to evacuate by road in convoy. There were also large queues at railway stations.

"It is forecast we will see dry thunderstorms coming across the state and the potential of lightning strikes," Andrew Crisp, emergency management commissioner for Victoria, warned on Friday.

He called on people to leave as soon as possible.

Thousands of people are also fleeing parts of neighbouring New South Wales (NSW), where a week-long state of emergency is in force, said the BBC.

Since September fires have killed at least 20 people in the two states and dozens remain missing.

The fires have so far destroyed more than 1,300 homes.

Meanwhile, Prime Minister Scott Morrison has come under attack for his response to the fires. He was heckled by angry locals in Cobargo, NSW, and had to cut short his visit to the fire-hit town.

In a news conference on Friday, he said he understood people's anger and that they had "suffered a great lot" and were "feeling very raw".