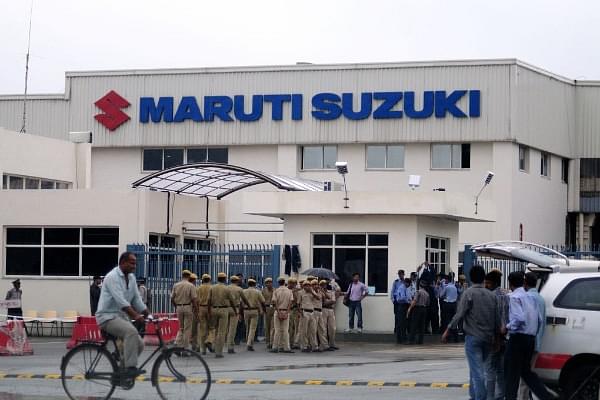 Maruti Suzuki, the biggest carmaker in India, accumulates around 23 per cent of their annual sales from diesel cars. (Representative Image) (Photo by Pradeep Gaur/Mint via Getty Images)

Leading Indian automaker Maruti Suzuki India (MSI) has continued to see a decline in sales in September, figures released on Tuesday (1 October) show, reports PTI. The company’s vehicle sales for the month fell 24.4 per cent to 1,22,640 from 1,62,290 a year ago.

The one segment which remained relatively sturdy in the face of the slowdown was utility vehicles, with sales in this category remaining stagnant at 21,526 units compared to 21,639 in September 2018.

The auto sector has been undergoing a period of declining sales for the past several months now, with sales of both commercial and passenger vehicles hit hard. Apart from a general slowdown in economic activity, another factor blamed for this is that consumers are waiting for BS-VI norms to kick in next year to make big ticket car purchases.