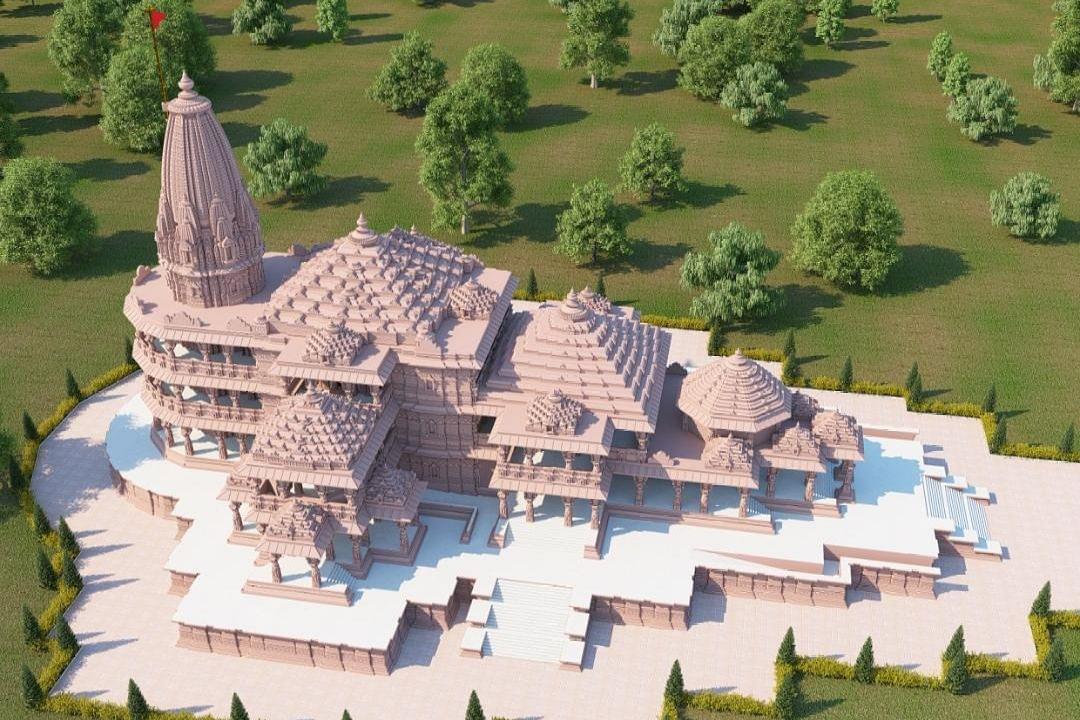 A temple styled on the lines of the Ram Mandir in Ayodhya is all set to be built on the banks of the Narmada river in Khargone. The temple's foundation stone was laid on Wednesday (5 August) in a ceremony during which Local villagers took a sacred pledge in the presence of former Congress president and ex-union minister Arun Yadav.

Nearly a decade ago, the Maheshwar hydropower project was proposed on the banks of the Narmada river in Khargone owing to which about 250 families of Lepa village were settled four kilometres from the project site. When the project was later scrapped the families residing in Lepa left the village. The temple of Lord Ram located here was submerged by the Narmada river. And now years later, a Ram temple will be built at the site of rehabilitation.

Social activist Bhagirath Patode said the resolve to build a Ram temple in Lepa village was being taken at the same time when the foundation stone of the Ram temple was being laid in Ayodhya. Several dignitaries, including Arun Yadav, performed the Bhumi Pujan on Wednesday.

He said that the Bhumi Pujan on the banks of the Narmada was performed at the same time when the foundation stone-laying ceremony of the much awaited Ram lalla temple was being held in Ayodhya. A grand statue of Lord Ram will be brought from Jaipur to be installed in the sacred temple on the banks of the Narmada. Designed on the lines of Ram Mandir at Ayodhya, nearly Rs 1 crore has been earmarked for the temple in Lepa village. A digital map of the temple has also been prepared. It is just like the temple at Ayodhya. The temple will be built in an area of 50 X 80 square feet. It will have a garden, guest rooms, toilets, sports ground, meeting room and a resting place for devotees.

A trust will also be formed soon for the construction of this temple which will be constructed with the active participation of devotees and local people.