Ayodhya Upbeat Ahead Of 29 October Hearing, 70 Truckloads Of Stones On The Way To City, Says Report 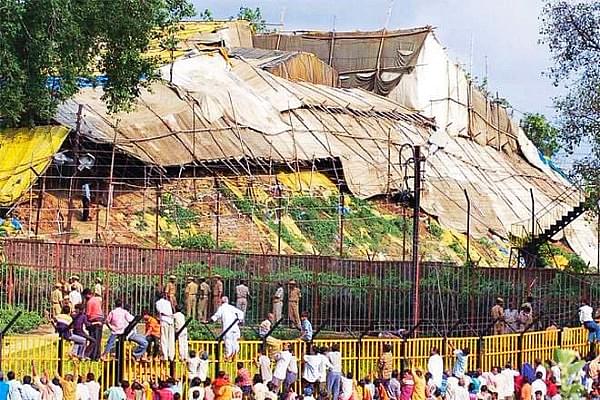 The Vishwa Hindu Parishad (VHP) has reportedly ordered 70 truckloads of stones for the construction of the Ram Temple, and the town is upbeat with pilgrims and eager visitors, Times of India has reported. The hearing of the case Ramjanmabhoomi case is pending before the Supreme Court and will resume on 29 October.

VHP’s is said to have roped in more artisans to carve the pillars and structures for the Ram temple and the organisation’s leaders in Ayodhya claimed that they are expecting the arrival of 70 more trucks carrying stones soon.

Last year, the organisation had brought stones at its Ramjanmabhoomi Mandir Nirman Karyashala (Ramjanmabhoomi Temple Construction Workshop) which is supervised by Ramjanmabhoomi Nyas and the top leadership of VHP.

“We are not going to step back. Ye sachchai ki vijay ke liye ladai hai (This is a battle for victory of truth). We are just waiting for the Supreme Court order,” Rai said.

The VHP has also prepared a model of the proposed Ram Mandir which is a centre of attraction for the pilgrims and visitors.

Uttar Pradesh police, on Tuesday (22 October) ensured a heavy police presence in Ayodhya and the road to Ramjanmabhoomi was closed for the public.