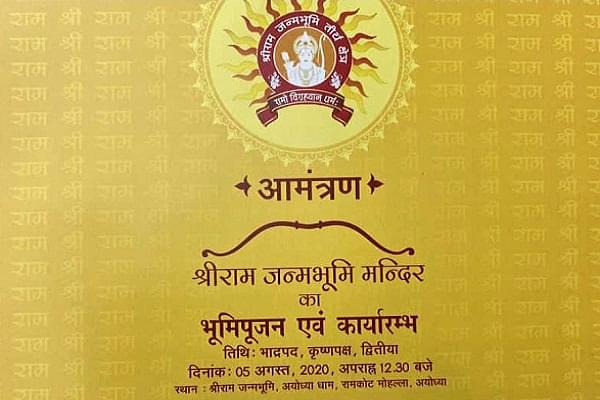 Iqbal Ansari, the plaintiff in the Babri mosque title suit, is exited and grateful for having received an invitation to the momentous 'bhumi pujan' ceremony of the grand Ram temple from the Shri Ram Janmabhoomi Teertha Kshetra trust.

"Yes, I have got the invitation for the 'bhumi pujan' and I will definitely attend the event. I am very happy to be a part of the event, " he told IANS on Monday.

However, after the Supreme Court verdict on the temple issue last year, Iqbal Ansari happily accepted the judgement and said he would support the temple construction. "Now that the court has decided the dispute, we all must accept it, " he had said then.

Ansari, however, is upset that he has not been included in the new trust formed by the Uttar Pradesh Sunni Central Board for mosque construction in Dhannipur in Ayodhya.