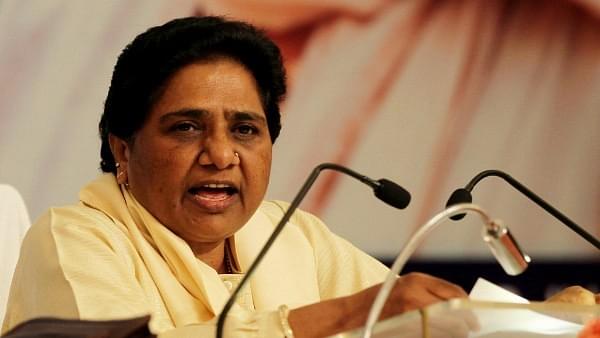 He said that the BSP has already launched an awareness campaign in the Dalit-dominated areas in Uttar Pradesh to counter the Bhim Army's propaganda.

The state and district unit leaders have been directed to make the party cadres aware of Chandra Shekhar's plan to divide Dalits at the BJP's instance.

Mayawati had already stated that if the Bhim Army leadership or other Dalit organizations were really interested in empowerment of the community, they should work under the banner of the BSP to take forward the movement launched by Babasaheb Bhimrao Ambedkar and BSP founder Kanshi Ram.

Mayawati had snubbed Chandra Shekhar earlier when he referred to her as his 'bua' (aunt) and she had made it clear that she had no relationship with him.

Mayawati had also alerted Dalits about the Bhim Army during the Lok Sabha campaign.

She had said rather than serving the Dalits, fringe organizations were more interested in serving the interest of their leaders. She described Chandra Shekhar as a 'BJP agent' and said that he was working towards weakening the BSP.

Till the emergence of the Bhim Army, Mayawati was the tallest Dalit leader but the rise of the Bhim Army has been directly proportional to the decline of the BSP's vote base and this is a major cause for worry for the party.