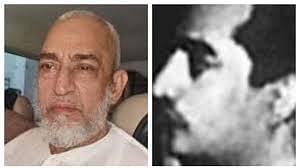 Abdul Majed, a sacked army captain and one of the convicted killers of Bangabandhu Sheikh Mujibur Rahman, the first president of Bangladesh, was sent to the jail hours after he was arrested in Dhaka on Tuesday (Apr 7).

Chief Metropolitan Magistrate of Dhaka Zulfikar Hayat passed an order after Counter Terrorism and Transnational Crime unit under Dhaka Metropolitan Police produced him before the court around 1215 hrs yesterday (Apr 7). Majed was taken to the Dhaka Central Jail in Keraniganj by a prison van around 1305 hrs.

"Majed said he arrived in the country on March 15 or 16 from Kolkata. He claimed that he was hiding there for about 23 years," The Daily Star quoted Hemayet Uddin Khan, assistant public prosecutor as sating.

Majed was one of the six remaining fugitive killers of Bangabandhu believed to be hiding abroad with no confirmed whereabouts.

Majed served in Bangladesh Embassy in Senegal. He retired from Bangladesh Army in 1980 and joined the civil administration as a Deputy Secretary. He worked at the Bangladesh Inland Water Transport Corporation, Ministry of Youth and Sports as the director of youth development and also in the National Savings Directorate.

Sheikh Mujibur Rahman and almost his entire family were killed during the early hours of 15 August 1975, when a group of Bangladesh Army officers went into his residence and assassinated Sheikh Mujib as part of a coup.

The assassination conspirators could not be tried in a court of law because of the Indemnity Act passed by the government under President Khondaker Mostaq Ahmad. But act was removed when Awami League stormed back to power in 1996 paving away for the criminal trial of assassins.

In 1998, a Dhaka court ordered the death sentence by firing squad to fifteen out of the twenty accused of conspiring in the assassination.

The Appellate Division of the Supreme Court on November 19, 2009 upheld the death penalty of 12 convicted ex-army officers for the assassination.