Banwarilal Purohit Sworn In As Governor Of Tamil Nadu 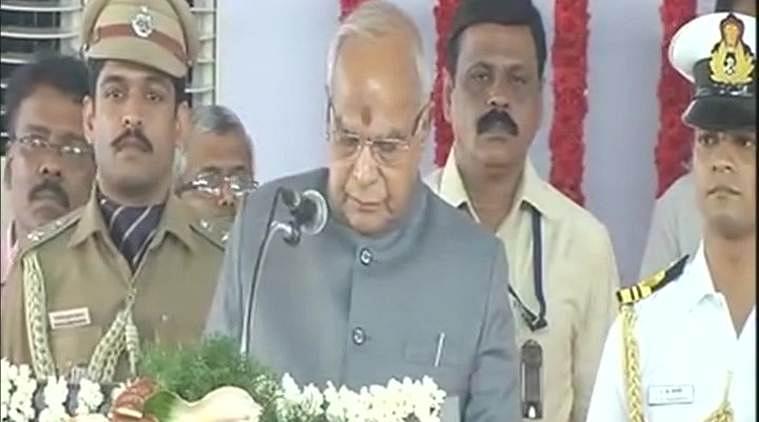 Banwarilal Purohit was today (6 October) sworn in as the twenty-fifth Governor of Tamil Nadu.

At the swearing-in ceremony held at Raj Bhavan in Chennai, Chief Justice of the Madras High Court, Justice Indira Banerjee administered the oath of office to Purohit.

Chief Minister K Palaniswami, his cabinet colleagues, and DMK Working President and Leader of Opposition in the Assembly MK Stalin, were among those present at the ceremony.

He is the first full-time Governor of the state since the retirement of K Rosaiah in August 2016.

Maharashtra Governor Ch Vidyasagar Rao had been given additional charge of the state since September 2016. PTI