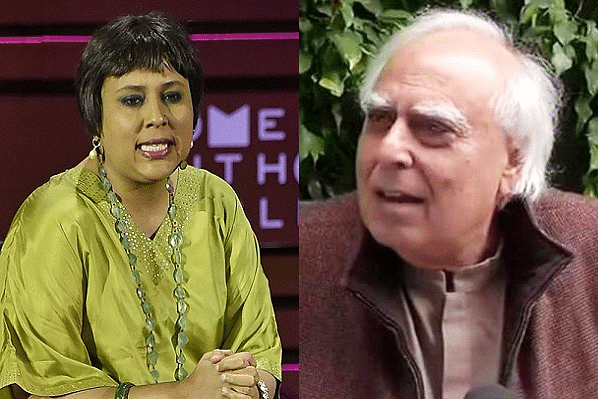 In a series of tweets, Barkha claimed that the journalists face termination without receiving a three to six month payoff, as is the industry standard. Sibal is reportedly said to have offered a solitary month’s salary as payoff.

An appalling situation in @NewsHtn promoted by @KapilSibal & his wife, where more than 200 employees have had equipment confiscated and face sackings without even a 6 month pay out. Man who acts holier than though in public has treated journalists in a hideous way

Barkha claimed that most of the journalists had left other jobs or given up offers to join the news channel based on assurances by Sibal that the newsroom would be run for a minimum period of two years.

She added that neither Sibal not his wife reached out to the staffers over this matter and accused the latter of boasting in the newsroom about her earlier efforts after shutting down her meat factory.

“I shut down factory withut giving a paisa to labour, who are these journalists to ask for 6 months salary”, Sibal’s wife as quoted by Barkha.

Barkha also accused Sibal of ruining the lives of journalists while earning crores of rupees himself. She also hinted at his intention to blame the Narendra Modi led central government for the termination, despite it having no role in the matter.

In one of the tweets, Barkha also accused Sibal and his wife of using disparaging language against women journalists, while also intimidating staffers with threats of defamation.

Barkha herself has reportedly been threatened with defamation for comparing Sibal with fugitive businessman Vijay Mallya for holidaying in London after shutting down the channel.

As things stand all programs on Tiranga TV have been cancelled for a period of 48 hours and Barkha has vowed to help the staffers to fight their cases against Sibal.