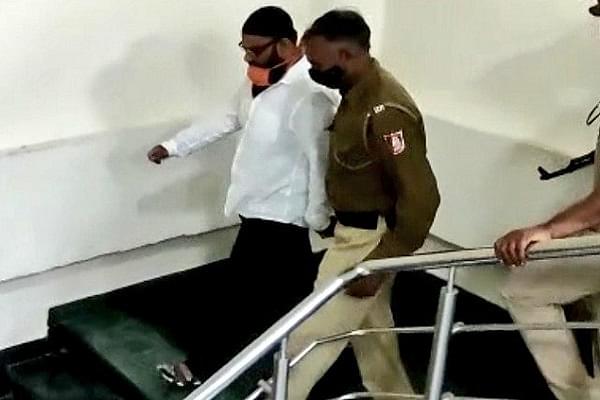 Thirteen years after the Batla House encounter, a Delhi Court on Monday (15 March) sentenced Indian Mujahideen terrorist Ariz Khan, who was convicted of the murder of inspector Mohan Chand Sharma and other offences, to death.

The prosecution had sought death penalty for Khan in the case, while the counsel for the convict sought leniency on the ground of his young age.

On 8 March, the court had convicted Khan in the case, noting that he murdered super cop Mohan Chand Sharma.

The Additional Sessions Judge had said that Khan, along with his associates, intentionally and voluntarily caused the murder of Sharma by the use of gun shot.

He has also been held guilty under Sections 307 (attempt to murder), 174(a) (non-appearance in response to a proclamation) and 34 (criminal intention) of the IPC and Section 27 (using any prohibited weapons) of the Arms Act.

On 19 September 2008, the Special Cell of Delhi Police had carried out an encounter at the Batla House in Jamia Nagar, in which two Indian Mujahideen terrorists and inspector Sharma were killed.

Ariz Khan had fled from the spot and was declared a proclaimed offender. He was arrested on 14 February 2018.

Sharma had played key role in arresting four Jaish-e-Mohammad terrorists in February 2007 after an encounter in DDU Marg. In 2006, Sharma was involved in the encounter of a most wanted terrorist, Abu Hamza near the J N Stadium.

Sharma, a former Inspector of the Delhi Police, was decorated with the Ashoka Chakra, India's highest peacetime gallantry medal, for his unparalleled bravery during the operation.

As reported, the bravery of Indian police forces was sullied by dirty politics which played out in the aftermath of the Batla House encounter.

Various so-called human rights activists dubbed the Batla House encounter as "fake" and even set up Kangaroo courts to try and prove their allegations.

Senior Congress leader Salman Khurshid even claimed that Sonia Gandhi cried after being shown the images of the encounter. He in 2017 made an U-Turn by admitting that Sonia Gandhi didn't cry after seeing those images.