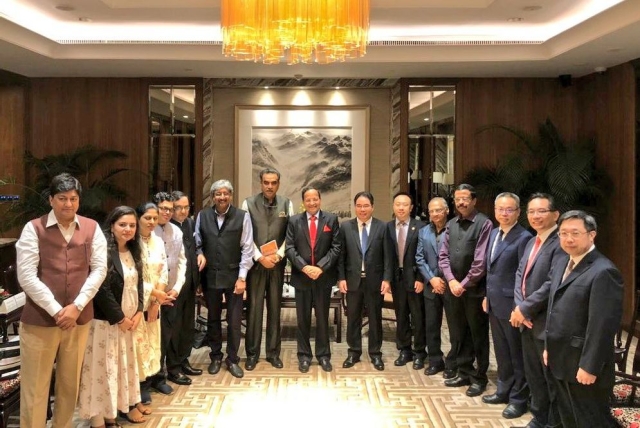 An 11-member Indian delegation has conveyed to China that its support to countries where terrorism is being “funded and harboured” is not good for the trade relations between New Delhi and Beijing.

The Bharatiya Janata Party’s high level delegation to China, in an indirect reference to Pakistan, told the members of Chinese Communist Party that their support to terror states “is sending a wrong message to the Indian consumers who are still interested in consuming Chinese products”, reports Times Now.

The BJP delegation, led by party’s general secretary Arun Singh, was on a week-long visit to China on the invitation of Communist Party of China (CPC) in the last week of August. During the visit, the BJP delegation held talks with the CPC members and other Chinese leaders.

In IDCPC headquarters, a comprehensive meeting on bilateral issues between Minister H.E. Song Tao and BJP delegations was successfully concluded. It was agreed to keep each other's sensitivities, concerns and aspirations in mind in all the future deliberations & actions. pic.twitter.com/mwdt5YvhN9

According to the report, the CPC was interested in knowing about BJP’s membership drive, that made it largest party in the world. The CPC also took note of BJP’s programs, party structure and activities.