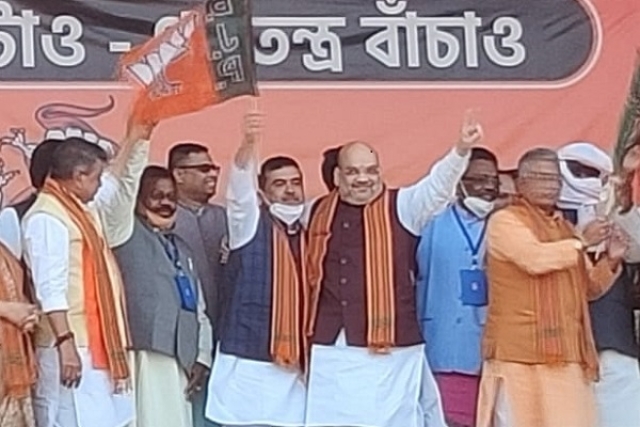 Suvendu, one of the tallest leaders in West Bengal politics had recently quit the TMC and was widely expected to switch over to the BJP during Amit Shah's visit to the state.

Suendu like other senior TMC leaders was said to have been disgruntled over the rising influence of Mamata Banerjee's nephew in the party.

Suvendu - belongs to a powerful political family which has very strong roots in the two districts of Purba and Paschim Medinipur. His father Sisir and brother Dibyendu are Lok Sabha MPs. Sisir Adhikari was a junior minister in the Manmohan Singh government.

The Adhikari trio led the Nandigram movement that catapulted Mamata Banerjee to power in the state.

It is widely believed that without their help, Banerjee could never have defeated the CPM.

Suvendu is looked up to by Trinamool cadres across the state as a daring leader who ought to be given a much greater role in party affairs and has been consolidating his support base.