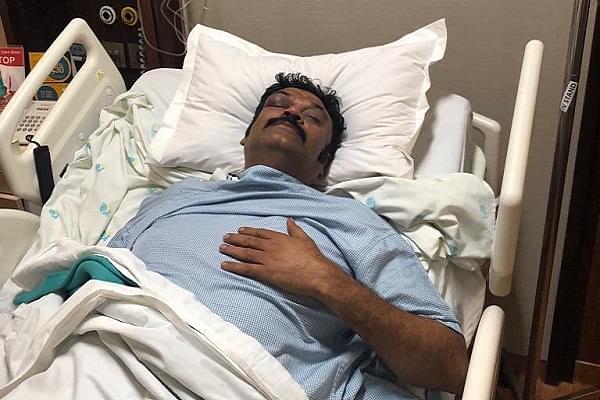 The Ramanagara police on Monday (21 January) filed an attempt to murder case against Congress MLA from Kampli, J N Ganesh in the Eagleton resort assault case, Deccan Herald has reported.

Ganesh is accused of assaulting his fellow MLA Anand Singh with a liquor bottle.

Singh who is currently admitted in a hospital has accused Ganesh of using foul language and of assaulting him with a wooden log and a few pots.

Deccan Herald quoted Singh’s statement which read, “We had finished our dinner at the resort on Saturday night along with other MLA friends. While heading to our rooms to retire for the night, MLA Ganesh told me that I had not helped him financially for the election, and that my sister’s son Sandeep had threatened to bump him off.”

Furthermore, the statement read, “He hit me on my head and face and smashed my head to a wall yelling give me a pistol, I will finish him off here. He also punched me” Deccan Herald reported.

Singh alleged that had other Congress MLAs not intervened he would have been killed by Ganesh.

The police is currently inspecting the crime scene and are yet to obtain a statement from the accused. It is up to the investigating officer to decide whether to arrest Ganesh or not.