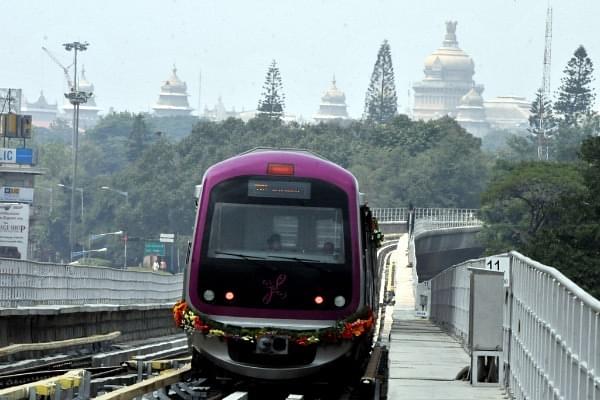 In an impetus towards expediting the implementation of ORR and airport metro lines under Phases 2A and B in Bengaluru, the Karnataka government has released nearly Rs 1,000 crore for the projects, Deccan Herald has reported.

The state government released the funds towards equity and subordinated debt, just days before the Centre is set to provide its final approval for the metro lines.

As per the equity sharing funding model rolled out as part of Union government's metro policy in 2017, metro projects will be taken up under equal ownership of Central and State Government concerned through equal sharing of equity.

The Union government will provide financial support to metro rail projects in the form of equity and subordinate debt (for part of taxes), subject to an overall ceiling of 20 per cent of the cost of the project excluding private investment, cost of land, rehabilitation and resettlement.

Under the policy,  public private partnership (PPP) in some form for implementation, operation & maintenance, fare collection or any other unbundled activities of the proposed metro rail project, wherever feasible, is also required.

According to BMRCL the work on the projects will be divided into eight segments with tenders  likely to be floated by October-end or early November.

According to a report by international property consultants Cushman & Wakefield, the ORR submarket alone accounted for a whopping 54 per cent of the 12.7 million square feet net absorption of office space during the year 2017, distantly followed by the peripheral east submarket comprising of Whitefield.rds subordinated debt.

If the centre government funding too comes through, Namma Metro can raise long-term loans of up to 20 years at a moderate rate of interest. BMRCL officials are in negotiation with Asian Development Bank for a $500-million loan.

ORR is among the densest corridors in the IT capital of India. It is dotted with major IT Parks that houses major companies such as Intel, AOL, Cisco and more.