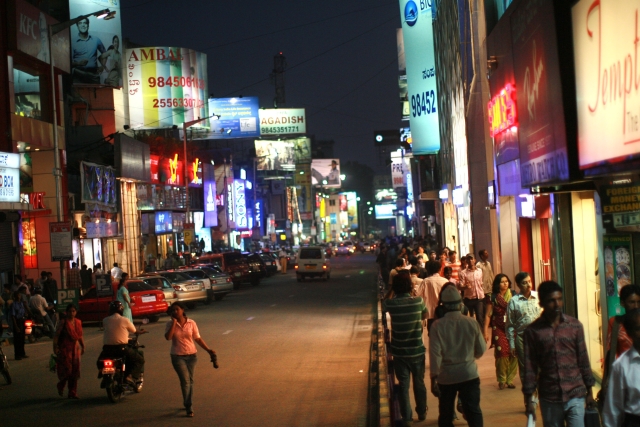 A general view of a shopping area, on April 14, 2008 in Bangalore. (Photo by Uriel Sinai/Getty Images)

A Public Interest Litigation (PIL) filed in Karnataka High Court appeals for removal for illegal hoardings and flexes in Bengaluru. In response, the court has asked the state government to ensure that it rolls out the required bylaws that deal with regulation of outdoor advertisement.

On Thursday, 3 January, the High Court asked the Government of Karnataka to finalise the draft of bylaws on the matter submitted by Bruhar Bengaluru Mahanagara Palike (BBMP).

In the past, the court had framed stringent rules against outdoor advertising as political leaders more often than not put up illegal hoardings and flexes that destroyed the outlook of the capital city. Several institutions like the Bangalore Metro Rail Corporation Limited (BMRCL) appealed that they be exempted from this, since their major revenue came from advertisements inside the stations and on the metro pillars.