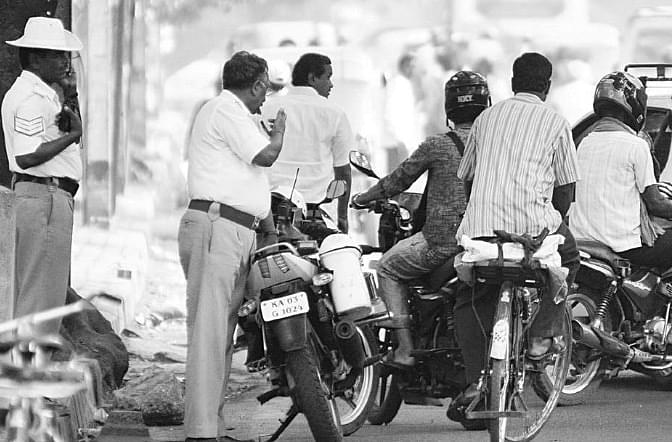 Traffic Police in Bengaluru and Mysuru are on a new mission – to hunt down substandard helmets that do not match the standards set by the Bureau of Indian Standards (BIS), reports India Today. In what has been described as a ‘seize and destroy spree’, the traffic police are fining all passengers wearing helmets without the ‘ISI’ mark.

The sale of helmets that don't comply with BIS standards is banned under Section 144 of the Code of Criminal Procedure (CrPC), 1973. Helmets that comply with the standards go through several tests including tests for the strength of the buckle so that that it doesn’t fly off during an accident.