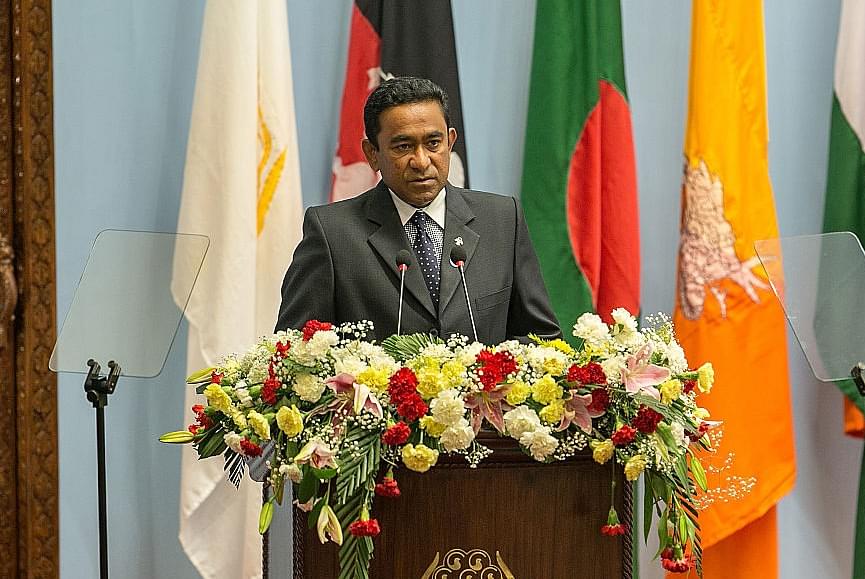 Grappling with increasing Wahhabi Islamist influence and with new found interest from China, the tiny Indian ocean nation of Maldives seems to be struggling to preserve its infant democracy.

Following the Maldivian government’s refusal to implement several of the directives it received from the country’s Supreme Court, the apex court has reached out to India and other democratic countries to guarantee the rule of law in the country, the Times Of India has reported.

The court had recently directed the Abdulla Yameen led government to free all political prisoners including the moderate former President Mohammed Nasheed. The order also reinstated 12 Members of the Parliament (MPs), giving the Nasheed-led opposition a clear majority in the Parliament. The apex court ruled that the trails held earlier were "politically motivated and flawed" and hence illegal.

The government has, however, refused to comply with the order and instead, it has been claimed that President Yameen is moving to sack the judges of the apex court, including the chief justice Abdulla Saeed, through false cases against them.

"The chief of judicial administration, Hasan Saeed, had his home raided on bribery charges and judges are being intimidated. We need India to take tough measures to ensure that rule of law is implemented in the Maldives," people associated with the Supreme Court said on the condition of anonymity.

Yameen’s rule has seen Maldivian society turning more and more conservative, with reports that close to 100 fighters from the tiny country have joined ISIS, ever since Yameen decided to ally with Islamist parties to win the presidency. The former moderate President has since been exiled and has appealed for Indian help to fight the growing authoritarianism in the country.

Yameen has also started increasingly engaging with China ever since his visit to Beijing, overturning the countries ‘India-first’ policy over the years.

Also Read: Will New Delhi Let The Dragon Have A Home In The Maldives?