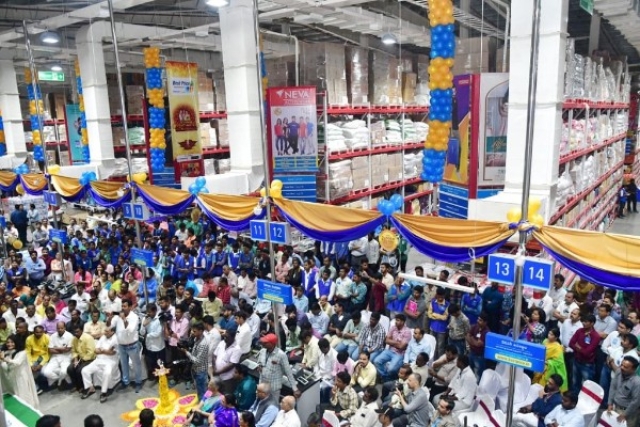 The first B2B ‘cash and carry’ store in Visakhapatnam has been opened by Walmart India. This will be their 23rd store in the country and fourth in the state of Andhra Pradesh, The New Indian Express has reported.

“We are planning to expand Walmart with seven more stores in Andhra Pradesh which would be opened in Tirupati, Kurnool, Kadapa, Nellore, Kainada, Vizianagaram, and the second store in Visakhapatnam,” Chief Executive Officer (CEO) of Walmart India Krish Iyer outlined Walmarts plans in India.

The store is said to have created around 2,000 jobs in a direct and indirect manner and will have services like door-step delivery option, digital payment and is known popularly as a ‘Best Price’ store that integrates products from e-commerce facilities. Walmart India is developing a supply chain that is aimed at boosting the growth of small and medium scale manufacturers in Andhra Pradesh.

To avoid the hassles caused by middlemen, it is getting the agricultural supplies directly from local clusters. In order to achieve the aforementioned, the company has allocated a $4 million budget. Seven stores are being planned and four among them are planned to be functional from early next year.