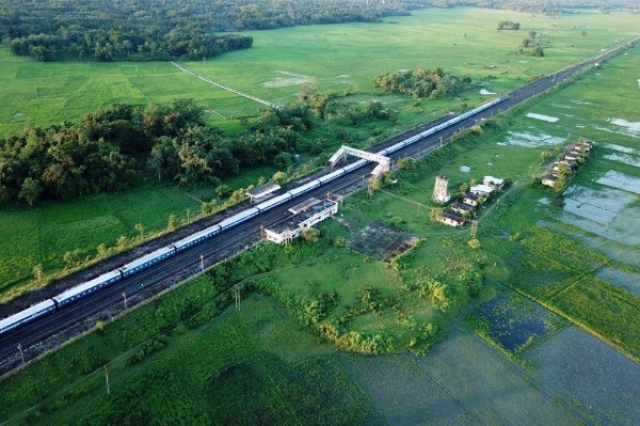 North East Frontier (NFR) of the Indian Railways has touched a record seven per cent growth in terms of the volume of originating passengers. This is the highest among all zones of Indian Railways.

Compared to last year, the originating passenger collections has increased by a whopping 12.15 per cent. The overall growth of the Indian Railways is at 3.77 per cent.

Economic Times quoted North East Frontier Railways as saying, “As a result of the impetus on connectivity proliferation in Northeast by Railway Ministry, as many as 59 pairs of new trains have been introduced in the zone during the period from 2014 to 2018. The increase in passenger volume is a direct result of the introduction of new services in the region and the betterment of the existing services.”

The North-East Frontier railway was also in the news recently when it test ran an engine along with a coach on the Bogibeel bridge which is India’s longest roal-rail bridge.

The bridge - second longest in Asia by some accounts - is 4.94 km long and 32 metres above the water level of the Brahmaputra river. It has three-lane roads on top and double line rail in the lower section. Its design, based on a sea-crossing bridge that links Sweden and Denmark.