Big Relief For Commuters: Bengaluru Metro To Get Its Second Six Coach Train On Thursday 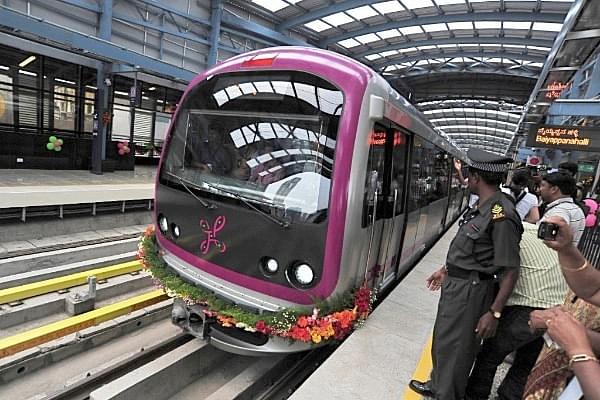 Namma Metro will be getting its second six-coach metro train on Thursday (4 September), Deccan Herald has reported. On the same day, the bridge connecting metro station and Bengaluru Metropolitan Transport Corporation (BMTC) bus stand will also be inaugurated.

Bangalore Metro Rail Corporation Limited (BMRCL) Managing Director Ajay Seth confirmed that the Chief Minister HD Kumaraswamy will be flagging off the second six-coach metro train. The chief minister is expected to travel till Nagasandra station after which he will attend another program.

The three coach trains which were received by Bengaluru Metro Rail Corporation Limited (BMRCL) were combined to form the six coach train at the Peenya Depot. The second six coach train will be deployed on the Baiyappanahalli-Mysore Road line which sees a huge rush.

The number of commuters using metro had gone up to 4.3 lakh after the introduction of the first six coach metro. Introduction of two more six-coach trains may help Namma Metro to reach the mark of 5 lakh commuters per day.