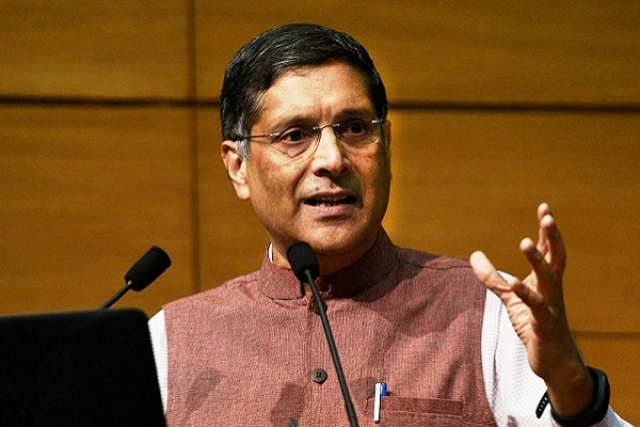 In a significant validation of the Finance Ministry’s long-held contention, a scholarly paper co-authored by former Chief Economic Advisor Arvind Subramanian and 3 other economists Abhishek Anand, Josh Felman and Navneeraj Sharma has established that RBI has substantial excess capital that at the minimum can be pegged at Rs 4.5 lakh crore.

The Finance Ministry has long held that RBI has accumulated enormous reserves from seigniorage (profits from printing money and minting coins) far in excess of any reasonable limits.

In the research paper published in the weekly journal Economic & Political Weekly (EPW) titled ‘Paranoia or Prudence: How Much Capital is Enough for the RBI?’, the authors point out that even by conservative estimates the RBI has Rs 4.5 lakh crore in excess capital.

The paper goes on to argue that the surplus reserves could be profitably deployed elsewhere, not for financing general government operations or the deficit, but to recapitalise the public sector banks conditional on them being reformed.

The paper, with considerable academic rigour, demolished the position of former Reserve Bank of India (RBI) Governor, Urjit Patel and voluble deputy governor Viral Acharya that its capital reserves are meant “to be used during periods of stress, and not for meeting normal needs.”

To assess whether the Reserve Bank of India is overcapitalised, the authors employed two approaches.

The paper analyses the balance sheet of the RBI which as of end-June 2018, has total assets of Rs 36 lakh crore, of which 73 per cent are Foreign Currency Assets (FCA), 17 per cent are rupee securities, and 4 per cent are in gold.

On the liability side, notes and deposits amount to 71 per cent, and capital to 27.7 per cent. Out of the capital, 8.2 per cent are equity and retained earnings, and 19.6 per cent are valuation buffers.

The paper argues that there is an inbuilt asymmetry in the balance sheet of a central bank with the vast bulk of the assets accruing interest, but many of its liabilities being interest-free.

Hence, most of the central banks, including the RBI, generate a large net interest income, or “seigniorage.” Most of this income is transferred to the central government, but a considerable portion is retained, as allowed under Section 47 of the RBI Act.

The paper concludes by pointing out that the RBI has an unusually high level of capital. It argues that if the choices exercised by other central banks are used as a benchmark, the RBI appears to have a minimum of Rs 5 lakh crore in excess capital.

More importantly, the paper suggests that if an alternative cross-country econometric analysis is deployed, the excess capital is even greater, between Rs 5.7 lakh crore and Rs 7.9 lakh crore.