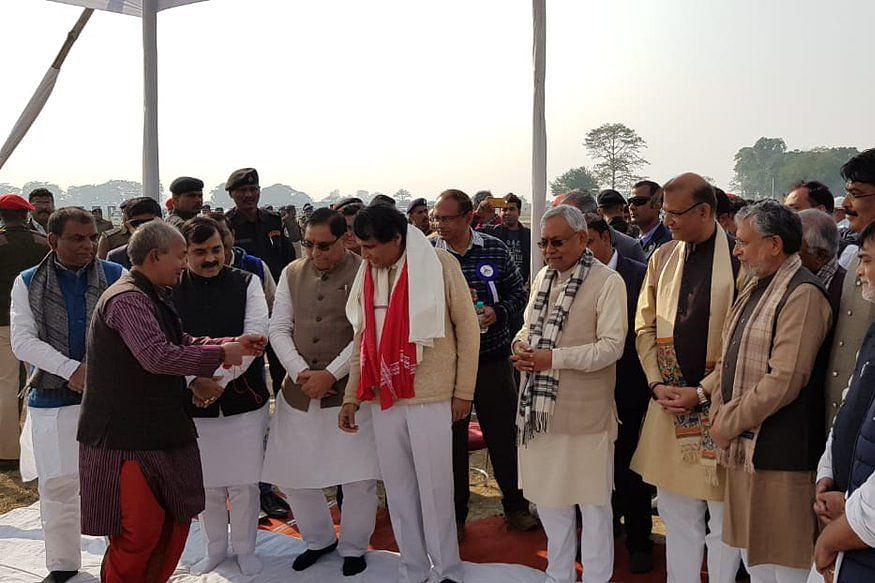 In a major boost to aviation infrastructure in Bihar, state Chief Minister, Nitish Kumar, along with Minister of Civil Aviation Suresh Prabhu laid the foundation stone for a civil enclave at Darbhanga airport. The new terminal building will be built on 15,000 sq ft area with as many as six check-in counters and two aprons, Financial Express has reported.

Apart from being able to accommodate 100 passengers during peak hours, other features at the terminal will include LED lighting, low VOC paint etc. The airport under ‘Ude Desh Ka Aam Nagrik’ (UDAN) scheme will be connected to New Delhi, Mumbai and Bengaluru.

The aviation sector in India has been one of the most dynamic field in the last couple of years with as many as 101 airports being developed. Number of aircraft has gone up from 295 to 587 in the last four years while the aviation industry witnessing 12 crore domestic passengers in 2018.

The Indian aviation sector has been the fastest growing market of the world with 20 per cent growth rate annually.

Modi government rolled out the UDAN scheme in 2016 to enable air operations on unserved and underserved routes, linking regional areas in a bid to promote balanced regional growth and also to make flying affordable for masses.