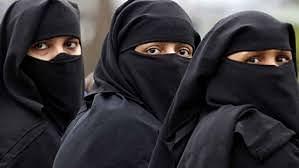 A man was booked for allegedly giving triple talaq to his wife in Chapra, Muzaffarnagar in Bihar after he learnt that his wife was bearing a female child, said police on Thursday (13 November), reports Deccan Herald.

The woman, identified as Farzana, was forced to undergo a pre-natal test which is illegal and was banned in India in 1994, under the Pre-conception and Prenatal Diagnostic Techniques (Prohibition of Sex Selection) Act.

When her husband, Ghalib, came to know that it was a female child, he forced her to abort the foetus, and later, he divorced her by pronouncing talaq thrice, police said.

As per reports, Farzana who married Ghalib three years ago had already given birth to two girls. A case was registered against Ghalib and nine other people, including the in-laws of the woman, police said.

Parliament had on August 1 passed the Muslim Women (Protection of Rights on Marriage) Act, 2019, that makes instant triple talaq a criminal offence.