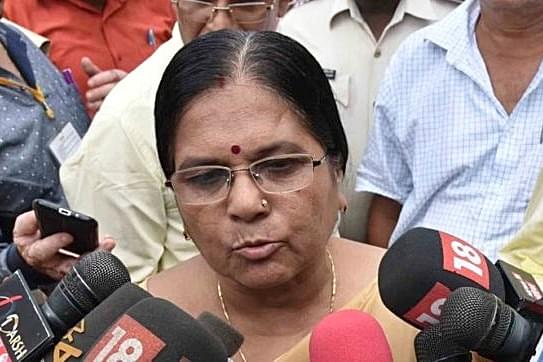 Verma was under pressure to quit after it was found that her husband Chandeshswar Verma had close links with Brajesh Thakur - the alleged mastermind of sexual exploitation scandal of minor girls at a Muzaffarpur shelter home.

The call details record (CDR), being investigated by the CBI, shows that Thakur talked to Manju Verma’s husband 17 times between January and May 2018.

Manju Verma who was the only woman in Nitish Kumar’s cabinet claimed that she was being targeted because of her caste background. Verma belongs to the Kushwaha community. She was elected as MLA from Cheria Baraipur constituency in 2010 on a JDU ticket and was re-elected in 2015.

Thakur who was produced in a special POCSO court in Muzaffarpur, along with nine other accused arrested in the case, has claimed that he was being made a "political scapegoat" as he was finalised as the Congress Candidate for the Muzaffarpur parliamentary seat in 2019 Lok Sabha election.

Bihar Chief Minister Nitish Kumar had yesterday (7 August) broken his silence over this issue by saying that, “This incident has left us with a deep sense of shame and guilt. Such abuse of young girls has no place in any society, and we are steadfast in our effort to bring guilty persons to justice. We will also place mechanisms to prevent such incidents from occurring again”.

He also refuted claims that he ordered a CBI probe under pressure from the opposition leaders. Chief Minister said that he had already ordered a high-level CBI investigation into the case and was in favour of the probe being monitored by the Patna High Court.