Bill To Deal With Cases Of Love Jihad To Be Introduced In The Madhya Pradesh Assembly Soon: Report 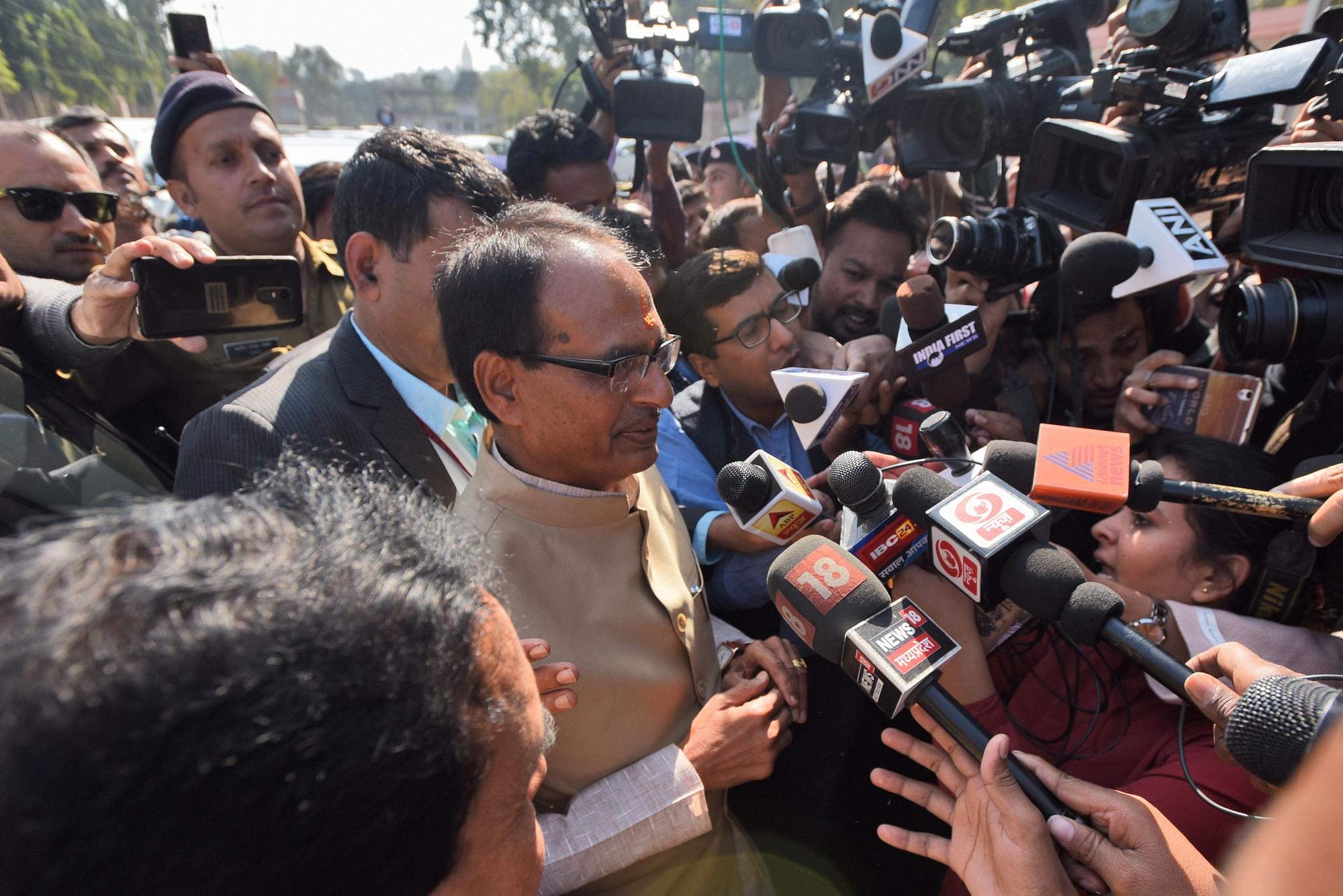 Shivraj Singh Chouhan speaks to media after submitting his resignation to Governor in Bhopal, India, and said he takes full responsibility for BJP’s ouster from power in the heartland state. (Burhaan Kinu/Hindustan Times via GettyImages)

Madhya Pradesh Home Minister Narottam Mishra has said that the “love jihad” bill will be introduced soon in the state assembly. It will includes five years of rigorous imprisonment for the violators. The charges will be deemed cognizable and non-bailable, Indian Express reports.

According to a provision in the bill, the concerned district collector will have to be notified a month in advance regarding the formalization of an inter-faith marriage.

“There will be provision to declare marriages taking place forcefully, out of fraud or by tempting someone, for religious conversion, null and void. Those assisting in committing this crime will also be considered a party to the crime,” Mishra stated.

This issue had flared up as a 21-year-old girl named Nikita Tomar was shot dead outside her college by a man named Tausif in Haryana’s Ballabgarh area in October. Tomar’s family had alleged that Tausif was forcing Nikita to convert to Islam and marry him. Upon her refusals, Tausif gunned her down along with his friend Rehan.