End Of The Communist Era In Tripura: BJP Wins 113 Out Of 130 Panchayat Seats Unopposed 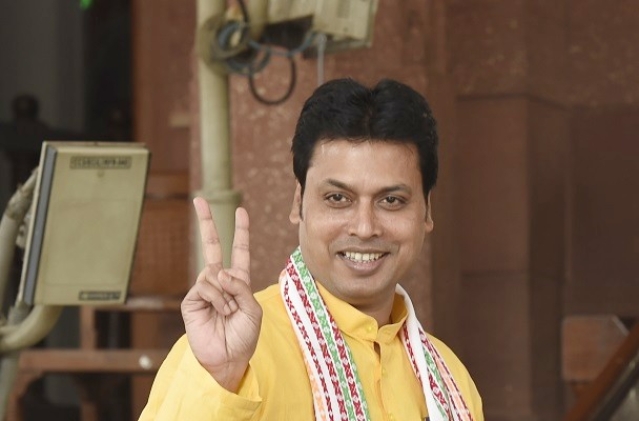 The Bharatiya Janata Party (BJP) has secured a strong mandate in Tripura local body polls by winning 113 out of 130 seats, Indian Express has reported. The party also won five out seven Panchayat Samiti seats that went to polls. CPM and Congress have won four seats each in panchayat polls. Indigenous Peoples Front of Tripura (IPFT), the alliance partner of the BJP has won nine seats.

Congratulations to all voters and karyakartas for landslide victory in local body elections in Tripura. pic.twitter.com/Ty4ZYrxiVP

Counting of votes was completed on Wednesday, according to the state election commissioner. No incident was reported from the state and the counting was done in a peaceful manner. Repolling will be held in two seats on 5 October.

However, BJP won 96 per cent of the seats uncontested. The Congress party has called the whole exercise as farcical. Tripura Pradesh Congress vice-president Tapas Dey said that the BJP had won using muscle power. “They have fallen out with their own ally IPFT during the by-poll process. There were several clashes between the two alliance partners. This poll process was a farcical exercise,” Dey said.

BJP spokesperson Dr Ashok Sinha welcomed the election results and said that people spontaneously exercised their voting rights due to the absence of CPI (M) coercion.