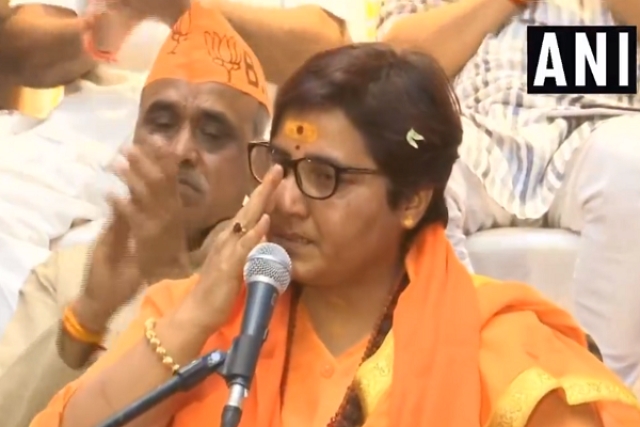 During an address to party workers, BJP Lok Sabha candidate for Bhopal, Sadhvi Pragya Thakur, broke down in tears as she recounted her ordeal in police custody, reports ANI.

Thakur is one of the accused in the 2008 Malegaon blast and is currently out on bail. She stated that after she was accused of involvement in the case, she was unlawfully detained by the police and was subjected to brutal torture and beatings.

The BJP candidate claimed that every day and night she faced beatings with a broad belt. She said that the belt would cause swellings on her body and also leave her numb and shocked.

She added that she was also targeted with verbal abuse while being beaten, with police officials threatening to hang her upside down and disrobe her.

“I’m not trying to share my personal pain with you, but telling you that no other woman should have to go through what I went through again,” she added, even as the crowd erupted into chants of ‘Jai Shri Ram’.