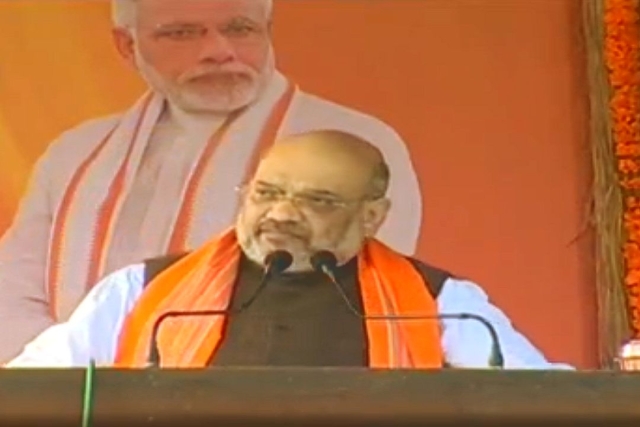 Bharatiya Janata Party (BJP) chief and Union Home Minister Amit Shah on Thursday said that the alliance of BJP and Janata Dal (United) in Bihar is "unbreakable" and that the Assembly election this year will also be contested under the leadership of Chief Minister Nitish Kumar.

Addressing a public meeting in support of the Citizenship Amendment Act (CAA) in Bihar’s Vaishali, he said that this law is not meant to take away anyone's citizenship, but instead to grant citizenship to persecuted minorities. He said that the opposition is misleading the youth and Muslims on this issue.

Shah said that when the country became independent, there were 33 per cent minorities in East and West Pakistan, but they were repressed and forcibly converted. He asked why the opposition is against giving citizenship to such oppressed people.

He said, "The families in which the daughter was raped in front of the father, the wife was raped in front of the husband, the gurudwaras and temples were converted into mosques and their human rights were violated. I want to ask the champions of human rights why this protest is happening when this Citizenship Amendment Act is for returning the rights of those people."

Discussing the politics of Bihar, Shah said, "Some people want to spread rumours. I have come here to put an end to all rumours. The NDA will contest elections under the leadership of Chief Minister Nitish Kumar in Bihar. The alliance of BJP and JDU is unbreakable. There can be no break up."

Shah said that Lalu Yadav is "dreaming" of becoming the Chief Minister even in jail. He said when Lalu ruled Bihar, its growth rate was three per cent which is now 11 per cent under the leadership of Nitish Kumar.

The NDA government in Bihar is doing a consistently good job. He said that Lalu's "Jungle Raj" has been replaced by rule of the people.