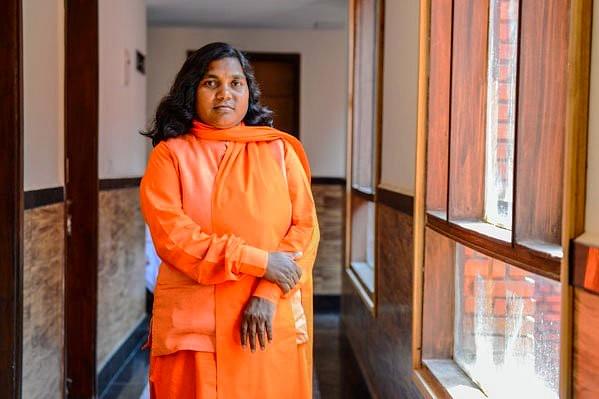 Bhartiya Janta Party (BJP) Member of Parliament (MP) from Bahraich, Sadhvi Savitri Bai Phule today (2 April) participated in a rally against her own party. Amidst cut outs of Kanshi Ram and Dr BR Ambedkar, Phule, dressed in saffron, attacked the centre and state governments over reservation and alleged "attacks on Dalits". The venue for the rally was Kanshi Ram Smriti Upwan, Lucknow.

BJP MP from Bahraich Savitri Bai Phule to hold a rally in Lucknow on 1st April against 'anti-SC/ST policies of Government of India' pic.twitter.com/H0VZb6PqyF

Saffron, Phule pointed out, was a symbol representing Gautam Buddha. Her supporters made it clear that Phule's interest in the BJP, the party she represents and would endorse, was dwindling.

Phule has declared that she would be at the helm of anti-BJP rallies in Uttar Pradesh and across India. The report mentions that Phule would not hesitate to join Mayawati for the Dalit cause and emotion.

Bahujan Samajwadi Party leader Kanshi Ram was also remembered at the rally. Though Phule refrained from naming any BJP leader, displeasure against the state government and its policies was expressed openly.

According to the report, people at the rally made the leader wear a "crown of gold", and handed over two swords. Slogans were raised praising her. Seema, a singer from Maharashtra sang "Manuwaadiyon ka mooh karein kala". At this gathering, speakers portrayed Phule as one of the strongest propagators of Dalit rights.

Meanwhile, protests against the supposed dilution of SC/ST Protection Act turned violent in several parts of the country, with violence being reported in Uttar Pradesh and Madhya Pradesh.