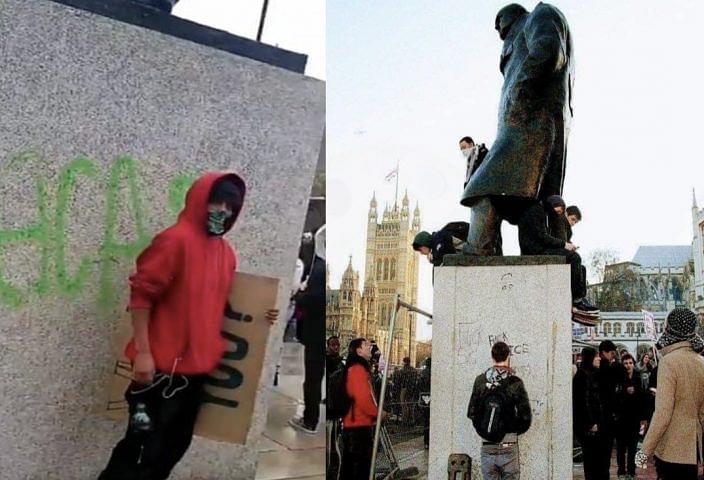 A central London statue of Winston Churchill was ‘vandalised’ by protesters with the word 'racist' scribbled on the monument. Protesters also pinned a poster to the memorial at the with the words "Black Lives Matter".

During another protest at Bristol, a statue of a 17th century slave trader and philantropist Edward Colston was dragged to nearby Bristol harbour and thrown in the water.

Activists of Black Lives Matter staged in rallies in several other cities including Manchester, Newcastle, Cardiff and Watford following the death of George Floyd.

A highly celebrated war time leader, Churchill is often posthumously voted by his countrymen as the greatest Briton. However Churchill has faced questions over the 1943 famine in Bengal, where over 3 million Indians perished, largely as a result of catastrophic mismanagement by British.