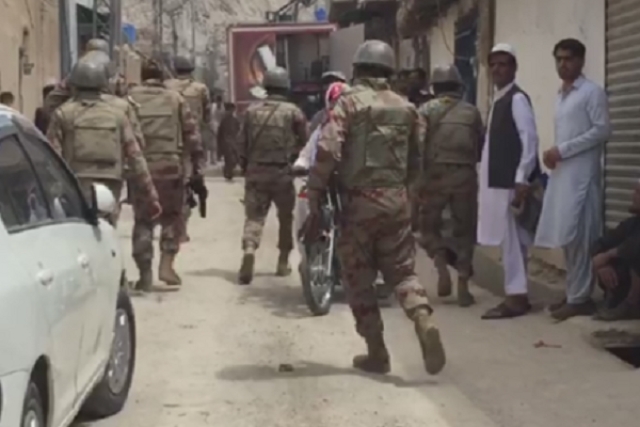 Security forces at the site of the attack. (Pic by Dawn)

Two persons have died and another 15 have been injured following a blast which targeted worshippers who were present at a mosque for Friday prayers in the Pashtoonabad area of Quetta, Balochistan, reports Dawn.

The wounded people are receiving treatment at the city’s Civil Hospital and security forces have sealed the area.

A statement of condemnation has been issued by Balochistan Chief Minister Jam Kamal Khan Alyani.

"Those who make innocent people the target of terrorism in this blessed month and on this blessed day deserve a severe punishment," he said.

It is still unclear who exactly is behind the attack; Balochistan province is home to a strong secessionist insurgency against the Pakistani government and also has the presence of Islamic extremist groups who have repeatedly targeted people from minority sects, particularly Shia Hazara refugees from Afghanistan.

The attack is the fifth such in the province during the holy month of Ramadan.