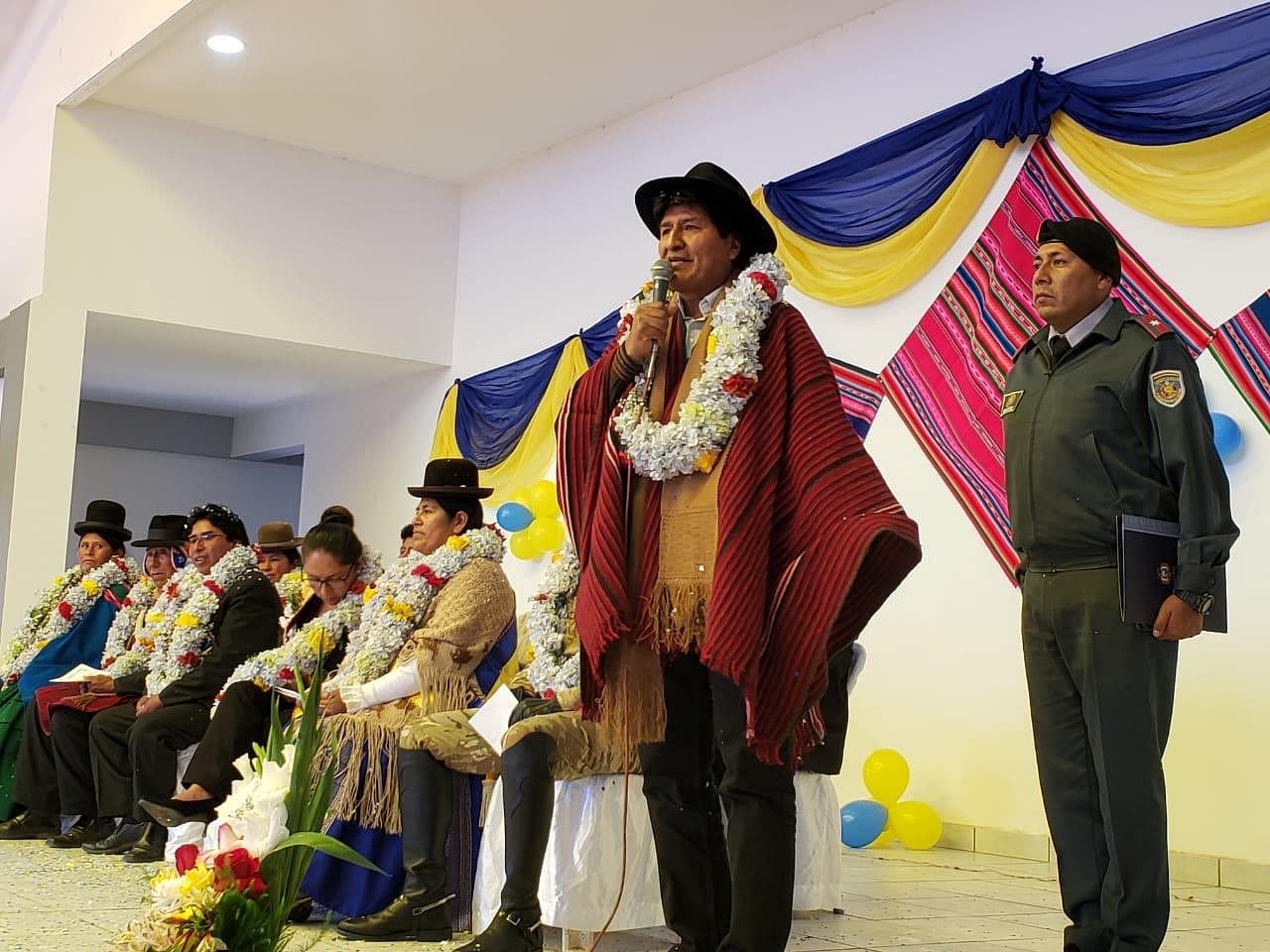 Evo Morales, the belagured president of Bolivia, announced on Sunday (Nov 10) that he would resign after suggestion by chief of the armed forces Williams Kaliman that he step down and string of resignation by key allies amid a fierce backlash to a contentious election last month.

"I resign my post as president," Morales said in a televised address from his bastion in the coca-growing Chapare region in central Bolivia , ending a day of dramatic events in which several ministers and senior officials resigned as support for Latin America's longest-serving president found his support collapsing.

“I want to tell you brothers and sisters that the fight does not end here. We will continue this fight for equality, for peace.”  a combative Morales thundered.

The nation-wide protests erupted after Morales claimed a victory over his rival Carlos Mesa, a former president, in a disputed presidential election last month.

Morales was forced to call for fresh polls after the Organization of American States (OAS) released a report saying that the October 20 election result should be scrapped because of irregularities.

The OAS added it was not statistically impossible that Morales could secured a10 percentage-point margin of victory needed to win outright and recommended Bolivia use new electoral authorities for any new vote.

Morales first became president in 2005 after winning a landslide verdict. A leader of the coca growers’ union, he ran as a candidate with a radical redistribution agenda. Among the first things he did after taking over the presidency was to re-establish majority state control over the gas sector. Bolivia has the second largest gas reserves in Latin America after Venezuela. He also radically rewrote the Bolivian constitution. His slogan “Long live coca. Death to the Yankees,” resonated with many Bolivians.

Morales, who is a speaker of the country’s native Aymara language, was the first indigenous president of his country. He subsequently won two more sweeping presidential victories.

Morales hoever has been facing considerable disllusionment over his decision to run a fourth term. He refused to abide by the results of a referendum that upheld term limits for the president.