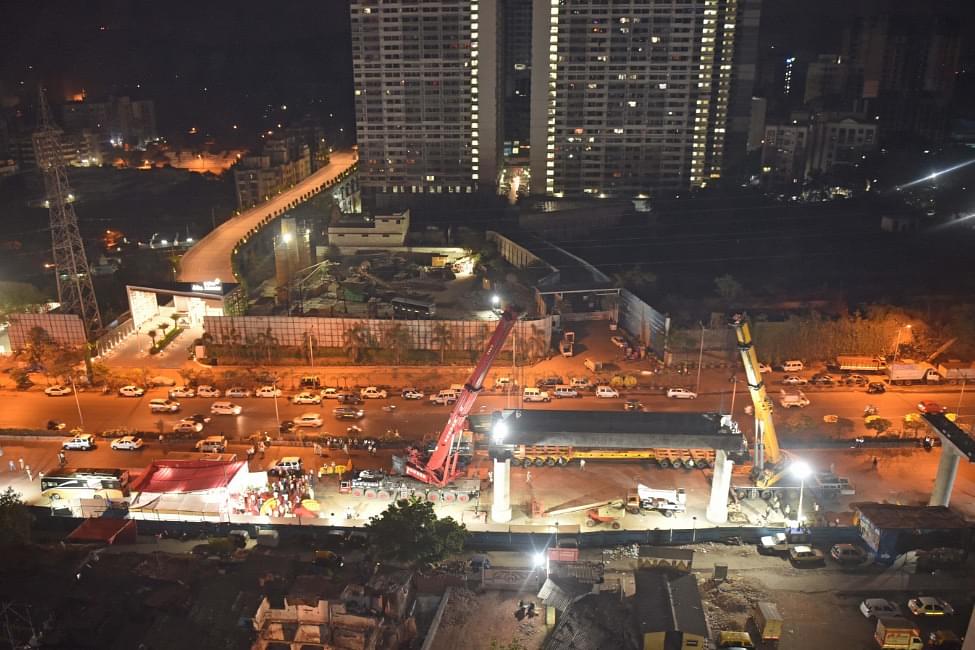 The Bombay High Court has refused to lift an earlier stay on construction activities for the Mumbai Metro’s Line 2B along Swami Vivekanand Road (SV Road) in the Juhu-Vile Parle area. It has said that digging within barricaded areas along the road are for the sole purpose of soil testing and not construction, reports The Indian Express.

The court was hearing a petition by several housing societies in the vicinity that were seeking to revoke the elevated alignment of the line and instead have it built underground. A detailed project report (DPR) had been prepared and approved by the Mumbai Metropolitan Region Development Authority (MMRDA) but rejected by the Maharashtra government owing to its highly prohibitive cost.

The MMRDA’s legal representative told the court that since work on the corridor has already started, it should be allowed to continue. The government aims to throw open the Rs 11,000 crore project by 2020-21.

The line had earlier run into problems with the Airports Authority of India (AAI) owing to its proximity to the Juhu Aerodrome. The line cuts across the funnel area for the airport’s main runway 08/26. After several meetings between the AAI and MMRDA, the latter agreed to reduce the height of the viaduct and station structure.

The entire Line 2 was originally to be executed on a build-operate-transfer (BOT) pattern by Reliance Infrastructure-led Mumbai Metro Transport Private Limited (MMTPL). Reliance Infra currently operates Line 1 under a BOT agreement. Reliance walked out of the agreement after the state government asked the entire project to go underground, thus increasing its cost.